One thing I’ve noticed when people want to talk about how Trump is great, they’ll bring the UK into the mix saying how they have gun control, but things like stabbing and rapes are higher in the UK.

Now I can’t dispute that the UK has rapes. I decided to do some research into this…and it turns out that the UK actually have less rapes than the US (well reported ones). So, since it’s extremely easy to find this out…Why do they keep talking about rapes in the UK like it happens more often?

A comparison of Sexual Assault in the US, Canada and England

In this report it explains the circumstances of each of the countries.

Canada has the highest rate of the lesser serious sexual assaults.

The US has the highest rate of the more serious sexual assaults ie rapes.

The UK is lower in both cases for both.

It’s a very interesting report to read because they look at all different types of factors to consider.Not trying to justify rape or sexual assault or anything like that. It’s interesting to look at the culture differences, pay wage caps, family cultures, how POC are treated, how people are treated when they report a rape, etc. The report was written in an American University as well, in Massachusetts.

I started looking mainly because during a discussion about how much Trump has “done” for the common man. One of the people said that the UK has rapes…and that was it…I’m sorry when did Trump stop the rapes in the US?lol…I said “Oh I didn’t realise Trump stopped the rapes in the US”…Then I decided to go and look up what the “statistics” are, and that’s when I found this report. 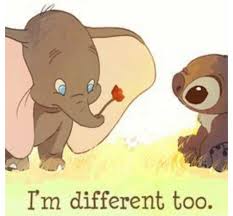