I just wanted to say that I have not told anyone else about how I’m feeling right now. Mainly because I’ve never really dealt with this kind of a situation before. I wanted to write this here first to see what you all think.

I swear this is how I honestly really feel.

I feel a little paranoid, but too me anyways, there is a genuine fear of one of my ex-friends. Her last message to me basically consisted of her accusing me of treating her badly the last couple of years, which isn’t true. I was the only to stand up against her abusive boyfriend. One of the things she said as well though that’s stuck in my mind, in her last message to me. Were her comments that said “Even though I know you don’t wish me the same, I hope you and your family are safe and have a good new year”.

It struck me for a couple of reasons:

It’s made me realise how truly delusional she is.

Even though we live in completely different states. She still has family and best friends here (all my ex-friends) and you can get deals under $100 quiet easily to travel by plane very easily between our states. I genuinely fear her and her boyfriend, because of this. I feel paranoid even thinking it, but it’s a true fear and I do want to talk to someone, maybe my Mum and family about it. Just to tell them not to interact with her (if she does contact them…Though I doubt it). 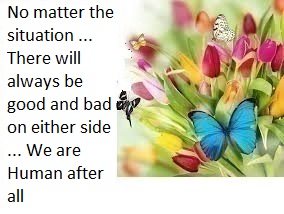 I had an interesting conversation last night with a friend who was surprised to learnt that I have no plans on having a Maid of Honour.

See to me a Maid of Honour should be someone that you have been able to rely on 100% your whole life. Now my girlfriends have let me down a lot in my life and although I’ve forgiven them, there’s still that element of mistrust.

Sometimes your stuck in these situations, but I am going to refuse to have a Maid of Honour.

p.s. I’m not getting married by the way,lol