For those who are regular readers of my Blog, you will know that I am obsessed with a particular Ustream tv program called “Wildearth Safari” or if you follow Twitter “#SafariLive”. I’ve been watching it for a couple of years or so now. You might have even watched it during Big Cat Week over the last couple of years, as during that week they put the drive live on television.

The last few months have been hard for the animals there, mainly the grass eater/prey type food. There has been a really bad drought and the last month in particular, you can tell how rough it has been getting. A lot of the predators have not even been hunting to much as the prey has been succumbing to the drought.

Coming from a country that also suffers a lot from droughts, I think it’s the only time I love hearing that rain is coming. I have been watching the live feeds with the sound turned up as the rain falls. The animals so desperately need it. It’s been so sad to see them getting worse and worse. Although on the other side the predators have been having an amazing time!

On a completely but kind of related topic…Just to let my American comrades know that this week is “Big Cat Week” on Nat Geo Wild and the drives will be showing. You should take complete advantage of this. I wish we had it here down under.

Basically nearly every single Sunday evening, I actually sit down to write a post for my “Magical Monday” posting. However, I have just come up with nothing. I haven’t really been reading anything lately and I haven’t seen any films. I’ve been sick the last few weeks, so I’ve been trying to concentrate on getting better.

I seem to be having a lot of these problems over the last few months. Take this past post for example. Blog Block 2.

Apart from being sick and just not really feeling very motivated of something magical tow rite about. There was some good magical miracle type news that progressed over this last week. Mainly to do with the live safari that I watch. There is one pride called the “Nkuhuma Pride” that I have probably mentioned a few times over my Blog.

They have all together 8 cub between the 5 lionesses. Two mothers have at least 4 cubs between them, only a couple of weeks apart. So we were completely at a lost when one of the older and one of the younger cubs went off to get a drink and just never seemed to returned. We didn’t count them out though! Lions are amazing trackers and stalkers, with a great sense of smell. When they disappeared, they had full bellies.

Nearly 3 days later… We had a miracle and I do say Miracle because the African bush is no easy thing to manage, especially when you are so tiny and little! Looking a little worse for wear, but very happy!

I’m not sure how many of you are even going to be awake when this feed takes place this morning, but I am extremely excited!

A few weeks ago I posted about #safarilive’s Queen of Djuma Karula!

Well over the weekend, after much rumor of her having lost the cub, then finding out she had twins and they were doing well. We finally got a quick glimpse of them over the weekend!

They are so tiny! We only got a quick glimpse of them as they run away into thicker bush when Queen Mama Karula came to scoop them up. Our guide, Brent could hear them playing about, but could not go in any further.

We cannot tell at the moment if, other than we know they are twins, if we two princes, princesses or one of both.

How many siblings do you have? What’s your birth order?

I only have one sibling, a brother, and he is younger than myself. Although a lot of people always assume that he is the older sibling. I’m not sure if it is our personalities, or because he’s really tall and he’s voice is extremely deep.

In a car would you rather drive or be a passenger?

Well I don’t drive so I’d rather be the passenger, for the safety of everyone! I am actually studying to get my licence at the moment. Even so, I think that I’d prefer to be the passenger. I worry a lot and the thought of being responsible for other people in a big “thing” does honestly scare me. Even with every person telling me about the freedom of being able to drive.

When you lose electricity in a storm, do you light the candles or turn on the flashlight? How many of each do you own?

I love the candles, I am a big candle person. One of my favourite shops is in this little town called “Hahndorf”… They have amazing candles Hahndorf Candle Shop …. Please give them a look!

List at least five of your favorite types of animals?  (any animal to domestic to wild to marine life)

I know that some of my choices may seem a little “obscure” but after watching Safari Live now for over a year. I have really come to appreciate some of the animals that most wouldn’t assume as being a “favourite”. Take Warthogs for example, they are AMAZING mothers! So fierce and so protective, and just watching the little piglets rolling around in the mud, all happy. They will bring you joy, I promise!

Okay so this link is mainly for my American friends (although you can still watch the live safari drives on Ustream/WildEarth … It’s Big Cat Week on American’s Nat Geo channel …The safari drives that I watch are going to be showing on tv today (I think roughly 3 hours from now) So please watch and go have a look! #SafariLive

As you all know I am a MASSIVE fan of the Safari Live hosted by Nat Geo, Wild Earth and Ustream. I realised though I haven’t posted for a long time about the drives. One of the major reasons this is because there has been great upheaval in the land of Djuma, Arthusa Safari Lodge and the Sabi Sands Wildtuin!

Mainly with the new collation of young male adults called the Birmingham Boys, or as there new nickname is “The Bad Boys”. There are five of them, there were 6, but one was killed but other male Lions. They’ve gotten there nickname as they’ve killed two cubs, leaving one alive, because Mama Lioness was only able to save the one. They’ve killed about five lionesses (I’ll double check that, it’s 4 or 5). So far there are has been little interaction between these boys and the Matimba males, other than calling and vocalising.

(The Birmingham Boys aka “The Bad Boys” or “The BBoys”)

The whole situation is really depressing and really interesting at the same time. I’ve only ever heard of new males killing cubs, which I can understand completely. The whole BBoys killing the Lionesses is something completely new to me and even some of our guides seem perplexed by the situation, because they are just killing so many of them.  There is one thought that maybe the Lionesses are resisting the BBoy’s and because they are young and full of testosterone. They came in aggressive, so it’s gets all aggressive type thing.

Just for another interesting twist in the story as well, two other Male lions, who are unidentified, have now also appeared on the scene. Possibly the other two Matimba males from further up North?

As many…MANY…of you know I am obsessed with the live web feed called Safari Live and there are a whole range of different wild animals that we follow.

Anyways, my favourite animals (on the top there with Elephants and Hyenas) for most of my life has been the Lions/Lionesses. There are several different groups, some of who I may have mentioned before. The Birmingham Boys and the Matimba Males…Don’t mess with the Matimba males!

The Styx female Lionesses, two of them had broken off and one of the Lionesses had given birth to three little cubs. The most nerve wracking for a little cubs time is when they meet Daddy, which is not for a while. The Styx Cubs have finally met their Daddy and not only did he accept them, but someone got all the cutest pictures and I just wanted to share with you all! 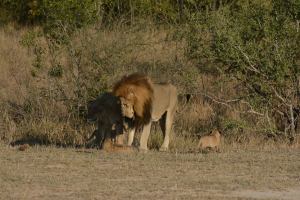 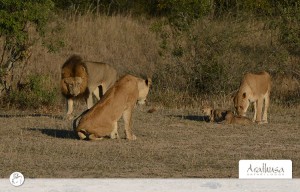 After a weekend pretty much away from Facebook, I came back too all the drama and passive aggressiveness, and the hypocritical crud too…

I think that I’m just sticking with my Blogging and Safari Drive for a while. 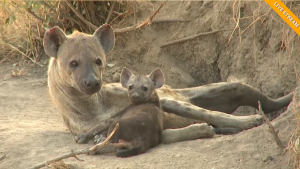