So this year I wanted to get down what I’ve learnt and what I hope to achieve next year and what I achieved this year. Let’s do this! Please feel free to share with us anything about this year! I went with 19 initially because we are going from 2018 to 2019. This is actually what I have posted on my personal Facebook as well as reflecting on the year a bit. I just wasn’t sure that you’d all be interested in that.

19 Things that make me happy to be alive.

I saw this on a Blog that I enjoy reading and I thought it was a fantastic idea! I went with 19 because we’re heading into 2019. Instead of a get to know me type list, or a goals list. Last year I thought I was going to die and I didn’t, but it’s the closest I’ve felt like I’ve come to it. Instead of getting to know me, how about the things and people that make me happy to be alive.

I have actually debated posting this one several times, because it such a sensitive topic. I have noticed though that there is a certain type of “parent” though and they seem to be getting worse. I don’t know if it’s just a generation thing, or a hereditary thing or just a lack of discipline thing. It might even be that these days people feel more okay with sharing their parenting on social media.

This isn’t a blog about the parents who’ve had enough, with their…usually…ex-partners. Now I just want to state as well, this comes from a person of a broken home…and although I love my Dad…He can be pretty disrespectful, while at the same time demanding respect. This is a plea from a child who is consistently now watching others go through what she went through. I have noticed a trend though:

This is my plea to *those* parents.

The funny thing is I think they genuinely want a good relationship with their children.  They are just usually have too much of an ego and are just generally lazy in their overall life.

Make this the year you make an effort to have a good relationship with your children.

So all your usual there were ups and down … But I just wanted to say this that this has to be one of my favourite years of all time! It’s been an amazing year! I can’t even tell you how many times I’ve had this year where I actually cried with happy tears … HAPPY TEARS =D I actually put on weight from being happy and for the first time in a long time, I felt like a Lady … I have gain so much of my confidence back and instead of thinking “Screw this year” I’m kind of sad it’s over, but excited for the new year … I already have so many ideas in place =D

This Blog and you, my readers, are a huge part of all of that. I’ve been able to write things here and start creative steps and been inspired here to be a much better Blogger. One of my goals for next year is to make my Blogging something more meaningful. Even with the Vlog, which I actually had a lot of fun with I want to make those better (I’ve downloaded some programs, let’s see if I can make those work). So many ideas and 365 days to do something all on those days!

Scrawling through Facebook this morning and I see this article on my friends page and I go to read it thinking “Yeah, yeah another article telling us “What do you really love to do” and so on and so forth. I was genuinely surprised to read this article and I had so many “Wow” and Oprah lighting bulb moments reading and I just had to share this.

I’ve been so afraid to do things and I have felt like this is the year I start doing what I’ve been scared to do.

This article just almost spoke to me and made that lovely cold shiver down my spine happen. If you are feeling stuck or are at a cross roads about what you want to do, or what you think you should be doing, I highly, HIGHLY, suggest that you read this article.

Another end of the year and I am sure that there will be thousands of posts today about today and all the resolutions.

I know people are waiting for some emo post (especially on my Facebook page) but I just want to say I don’t really have anything to complain about this year. Sure it’s not all been amazing and I was disappointed a lot, but most of it has been…“The good things don’t always soften the bad things, but vice-versa, the bad things don’t necessarily spoil the good things and make them unimportant” That’s my theme for this year. I got rid of a lot of toxic things, people and the way I think. I have had so much fun and when the good things have happened, they have been uh-mazing! I have great family, amazing friends and I am particularly proud of myself too, I have accomplished a lot personally =D

I swam with dolphins, I still can’t get over surreal that whole experience was! Amazing! I walked Mt Lofty and lived to tell the tale! (I did do it when I was younger, but I barely remember it). I changed my hair a different colour and it now it’s turned into this fabulous colour that I have actually always wanted my hair to be. I have done more little personal things that I’ve not done before. Going on an online dating site and actually meeting someone decent,lol

It is no secret fact that the end of a year, any year, it makes people reflect and look back at the year and decide what they wish to improve on for the new year coming.

Last year what I did was instead of making resolutions for the year coming, I made a list of what I was going to leave behind in the past year. I actually found this was really a lot better than making promises into the future. Mainly because we don’t know what the future holds for us. So instead of promising myself that I would “lose weight” I worked on writing less emo-type posts.

I found that by making promises to myself of what I’m leaving behind, I could concentrate on that. I could work on myself and then I was able to work on things that were thrown at me in my future, things that I didn’t see coming. I have to say that personally it did work for me, so I shall be doing that again. Instead of starting new problems, I decided to work on old issues of mine so that I could leave them behind.

Here are a couple of things that I will be leaving behind in 2015:

What are your “tricks” for the New Year? Do you make resolutions, or do you do something else instead, make a goal for the new year?

I saw this picture and I couldn’t resist posting it since I have been let down this year, my past relationship and this “friend” of mine has decided to just stab me in the back…I will say it…Bitch!…BUT I had some really fantastic news today and I passed a really hard subject for me and I have decided to go to the online dating sites…I will NOT let two-face people who can’t take care of themselves, bring me down any-more! 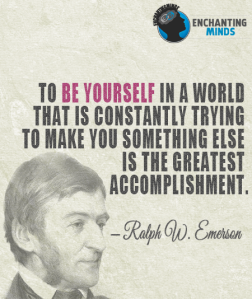