Usually I don’t post on the weekends unless something really amazing happens to me, or is going to happen to me. Now I am not even a religious person, but I am what is called an “Agnostic”. Which means I believe there is something out there, may not be “God” or “Gods/Goddesses”, but something else as well. Now this day is not a Public Holiday so all the shops will be open today and this day is always held on the third Sunday in the month of January.

Many organizations celebrate the day by holding interfaith events where faith leaders get together to give talks and lectures. People are encouraged to talk to and listen to people from faiths different than their own and to understand the basic tenets of other religions.

Religion is SUCH  hot topic these days. I just think we should “observe” this day. We have millions of people who have some kind of Faith and I don’t know about everyone else, but I am tired of everyone trying to make everyone else trying to be the “true religion”. Humans Beings are inherently different, the chance of you being exactly like someone else, even with identical twins, is very highly unlikely.

The third Sunday in January is annually celebrated as World Religion Day. It was established by the National Spiritual Assembly of the Baha’is of the United States in 1950 as a way to encourage interfaith understanding.

I believe that Religion while it definitely does damage, especially when it’s in the wrong hands. Can do just as much good, and this is what I am fighting for, I have seen it. I don’t think that it’s going to ever happen in my lifetime, but I believe it will eventually happen. 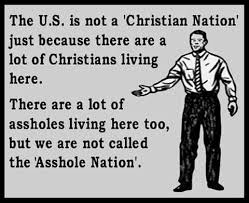 Another Easter is here! As always we start off our Easter with Good Friday.

Good Friday is primarily a religious holiday, but is now celebrated worldwide and by many different people and background. Good Friday is significant as it commemorates the first day where is Jesus Christ is crucified against the cross at Calvary.

Here is Australia not only do people celebrate this day by visiting and having a Public Holiday, but it also the day were Hot Cross Buns (Taste.com.au) are consumed. I personally would have no problem eating these all year!

Which brings me to my real topic…We are having Easter Sunday at my house this year and I have to cook! I am really trying to find out some good Easter recipes.

I am not a religious person, I think people would call me more of a “Spiritual” type person. However there is one religion that does intirgue me a lot and that is Buddhism. I love Dalai Lama and he just seems so happy all the time, and he recently turned 80 years old. I want what he’s having.

The above post is a link to just some of the wisdom of the Buddhist. Number 6 is probably one of the most important (well I think so) just because there is so much negativity out there. Number 4 is an interesting lesson as well, something to definitely think about.

I just also want to stress that I don’t follow a particular religion, I don’t like the concept of being put into a box, one thing that my friends and family are constantly saying is that I am definitely an individual. I like the freedom to follow whoever I think is cool and awesome.

I hope that you have all been having a really great Easter Weekend, and I am sorry if you had to work over it. I’m not sure about countries overseas, here in Australia though, we have the Friday, Sunday and Monday as Public Holidays, so it’s a nice long weekend.

Easter Monday (obviously) comes the day after Easter Sunday (or in my case, Happy Chocolate Day)…Easter Monday can also be known as “Bright Monday” or “Renewal Monday”. I kind of like those two names, it feels like you start the week brightly and renewed sense after not having such a long time off of work since around Christmas time. Of course you can take it in the literal sense of Jesus Christ coming back to life after three days.

What did you all do with your weekend? I hope it was sweet! 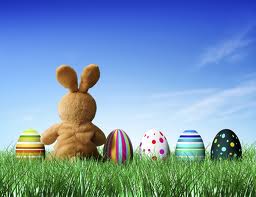 It seems appropriate to talk about the most famous person at this time of year. If you go to Google at the moment, there is a tracker that you can view and it tells you how long it will be until Santa visits.

Whatever you might call him, I think we can all agree that this time is not only a magical time but is also a completely insane time of year. That last couple of days before the big day.

I actually got into a fight recently though for someone who is a “atheist” calling parents ‘stupid’ for letting their children believe in Santa. I normally try to stay out of “belief” type debates, but that one really mad me angry.

I think ANY type of extremist attitude is not alright. There is nothing stupid for letting children believe in Santa Claus, especially around Christmas. I think it is much more important to bring up children to be decent adults. What someone believes in does not for one second make someone bad or good and definitely does not make someone “stupid”. In every “belief/non-belief” system there is always going to be extremist who thinks that they are better than the rest.

The recent events in Sydney made me really realise this, most religions are based on loved for each other. They are definitely not based on what the extremists promote. I think that there’s nothing wrong with that? What’s wrong with telling people to love each other? If faith gets you through the day, I don’t understand why, quiet frankly, it’s anyone else’s business? It does make me laugh though how, I would call myself an “Agnostic” I have to constantly point out to my religious and atheist friends how similar they really are.

I just hate it when they bring Father Christmas into it…That is not cool!

Here as an extra bonus is a video that I found funny Santa fails: