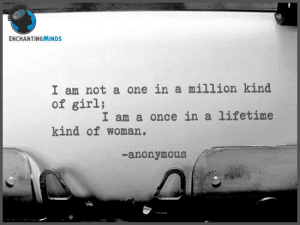 These last two weeks I have been surrounded with baby animals…The baby Ostriches are now just a little over two weeks and are doing amazingly well! There were a few days there were we all thought that they may have “Fainting Ostrich” syndrome…Which is basically where the new hatchings will not eat or drink and eventually starve to death…THIS DID NOT HAPPEN! =D

For some reason ever since these two lovely little lights of life have come into the world all I have been seeing recently are baby animals everywhere!

With this edition of “Fact Friday” I have decided to add a few pictures and links were you can say all the “Awws” you want to the sweet little baby animals and some interesting sites as well as sites where you can donate and are helpful sites dedicated to saving our wildlife and pets (please click these pictures to get to websites).

Buzzfeed 2014, “The Cutest Baby Animals ever born in Australia”

Today I went back to school and I cannot lie, I do find studying and school magical…I would love to be able to say that I find school “Harry Potter” type magical…but it’s a different type of magic.

I love to learn…Discovering new things to discover and finding how big and yet, how small, and connected we truly are. How different we are, yet at the same time, completely the same. Learning where we’ve come from and learning where the possibilities can lead us too.

To learn something new is to find something magical every single time.

(I am getting bad at making sure that these get posted on time!) This week I am going with more of a music magical Monday.

I have recently had a bit of a health scare and I wont know for roughly under a year what the outcome of that is going too be. So for the next year I think my mood is going to be very interesting to witness. However this experience has given me a massive mortality wake up call. Like with mortality scares it tends to make your mind think a little more morbidly.

There is a small amount of people in my life who know what’s really going on and by small I do mean less than the number of fingers I have on one hand…As well as you guys now. One of the beautiful things about this wake up call is it’s made me appreciate the real friendships and the real loves that I am lucky enough to have in my life. Especially of those who don’t actually know what’s going on, but are still by my side.

It has made me really stopped trying to impress everyone (which honestly I was getting no where with fast anyway). I am actually eating better now, instead of just going whatever, not that I’m obese or anything, just eating more healthier.

As I mentioned though my mind has gotten a little morbid including thinking about Funerals. At the same time there was only one song that I could think of that I would want to be played (I know, pretty morbid). The song I want though is so beautiful and absolutely reflects a lot of who I am and I could absolutely imagine myself saying this to a friend and I WANT my friends and family to remember this part of who I am ❤ Now there are two versions of this song, my personal favourite is sang by Ronan Keating the other is sang by Lee Ann Womack…I hope you enjoy!

This week I had a bit of a scare…when I say ‘scare’ I mean it has been a scare about my mortality and I wont know for roughly a year about the outcome. This week has therefore been an extremely traumatic and thoughtful one. It has made me question a lot about what am I doing here, I had a breakdown over seeing a child singing…One of those types of week.

I have always believed that I suffer from a low depression, meaning that I do suffer from it but it doesn’t affect my life as badly as some of my other friends. It does help that I have learnt about my triggers and also have learnt tools to help me cope better. There are a lot of people in my life who suffer depression from extreme (physically debilitating) to the mild type I have.

One of the most well -known industries in Australia are called “Beyond Blue”, they are an industry that help people cope with Depression and Anxiety. They give advice, get you in contact with professional health experts and recommend treatments for people and genders of all ages.

If you are suffering from depression/anxiety or know someone who is, please click the link below:

(Continuing our celebration of the Queens Birthday…Birth-week)