So I was having an argument with someone that was hating on a celebrity and that was the really odd thing to me. I feel really sorry for celebrities sometimes, they just cannot win. They get told to shut up and who cares about the opinions of a celebrity, but then if they say nothing either they are considered “problematic”…Now I know this may come as a shock to some…

We own no one and maybe some things to some people are just private…No celebrity on this earth is obligated to speak or not to speak.

It also made me start thinking about how weird some people hating on a celebrity. I actually think it’s weird to hate on a celebrity than to like one, or have a crush on one. By “hate” I don’t mean you just dislike the person, but you actively try to destroy that persons career, or for every single positive comments towards a celebrity, they have to make a negative or demeaning comment…Usually towards another stranger,

How is it a normal thing to actively hate on people you don’t know? Don’t these people have anything better to do? Doesn’t your world have enough problems?

Celebrities are their own people and just like you and me they have things they like to keep to themselves and it’s personal for them and that’s fine. 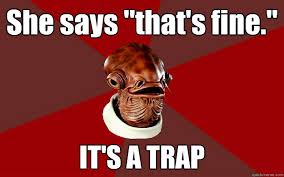 In a time that is just so uncertain and every day something worse seems to happen, it’s even more important than ever to be truly true to who we are. Someone made a really good point as well. Instead of focusing SO much on the celebrity that wont talk about the issue you care about, why don’t you use that energy for YOU talk about the cause YOU care about, instead of ignoring it and focusing on somebody else. Generally, most of the time, someone you don’t even know.

If you care, then you talk about that. Don’t worry or stress about someone who doesn’t even know you and what they’re doing. This is your life and do you really want it to be about how you complained about what you thought someone else should be doing with their life? Is that what you really want to be remembered for?