Could the world of Atlantis, actually be based on a real place? Like a lot of Myths and Legends, every Myth and Legend are usually based on a person, or a real event. So where could Atlantis possibly be then?

Too discover that, we have to go back all the way to Athena’s and the Philosopher Plato.

Plato was an Athenian philosopher during the Classical period in Ancient Greece, founder of the Platonist school of thought and the Academy, the first institution of higher learning in the Western world.

What’s the connection between Atlantis and Plato?

Plato’s writing are the writings that most people and explorers used to try and find the world of Atlantis. They’ve all believed that Atlantis must be based on a real place. With modern technology, they’ve gone and taken a look into it. So what if Atlantis a real place?!

The region is about 200 meters by 200 meters. It’s in Morocco and the little place is called Souss Massa . Around the time, about 12,000 years ago, the desert that is and sand that is now known to be there. Would have been, thanks to soil exploration. It would have been completely different. It would have been a green Sahara and full of fertile plains.

What about the water though?

Well, the sad thing about this area is that it actually called a “red zone”. What’s a red zone. Meaning no one’s allowed to visit there. Which of course means that people wanting to visit the potential “Atlantis” can not go. This is because the spot is rife with beheadings, kidnappings…Scary stuff!

So what did they do then? They literally took to the skies! They used space satellites to track over the land. Guess what they found!

They found a place where water USED to be 25 miles in diameter. There would have been a water, but with a volcanic plug underneath, with possible rings of water. I believe it would have been called a “pyle lake” or “pile lake” (I am still trying to figure out how to spell that. If anyone please put it into the comments!). It is also known as Richat Structure

At first they didn’t think they saw anything…However! … After they looked more closer, they could see shapes that looked like temple and housing structures, as well as large animal pens. Animal pens that they believe would have been big enough to suggest that it was a town, where people would place their animals in these pens for a night or two.

Again though, because it is a red zone. It means that people cannot get out there to explore it further. So who knows, what else could be there waiting to be discovered! Could that volcanic plug exploded one day? Sinking the villages, the people into the ground?

Of course, just before the “day of love”. Who better to write about then the God of Love.

Now there are two different versions of Cupid. In Roman mythology, his name is Cupid and in Greek Mythology his name is Eros. Cupid is most definitely the well more known of the two though, especially in the Western world.

Cupid is the son of the God, Mercury (the winged messenger of the Gods) and Venus. He often appeared as a winged infant carrying a bow and a quiver of arrows whose wounds inspired love or passion in his every victim. It’s interesting to see that both Cupid and his Mother, Venus, are the two most well known Gods from Roman Mythology, when we are so familiar with the Greek Gods and Goddesses. I wonder, why those two?

Eros, is the son of Aphrodite and Ares. Whether or not Aphrodite was actually married to the God Hephaestus, is still up for debate. In some legends, she’s an unmarried escort to Ares and Hephaestus has another wife, some legends it’s the other way around.  In the Theogony of Hesiod (fl. 700 BCE), Eros was a primeval god, son of Chaos, the original primeval emptiness of the universe.

Both Cupid and Eros, were represented by winged youths.

Again, though, the Ancient Eastern people also have their own “Cupid and Eros”.

It’s interesting to me, that even though they are from different Worlds, it’s amazing how very similar each cultures Gods and Goddesses are.

This is the theory that actually inspired me to write about Theories.

You can get the link here, where I first became really interested in writing about these topics. I needed to do more research into other theories first, so I had more than just this one. Fantastic thing though, I am in love with programs from National Geographic. Always an interesting starting point

There are three different Gods, they talk about. The one that spoke to me most though, the one that really got me, was the episode about Venus.

As you probably all know, Gods and Goddesses are generally taken from other cultures. So Venus, is more than likely based on Aphrodite.

The biggest reason why this particular video, episode of the series fascinated me was because, and in case you hadn’t noticed, I consider myself to be a trans ally. Now I had tapped the three episodes at the beginning of 2020, but didn’t actually get around to watching them until closer to the end, because we needed more space.

When I got around to watching it. The Professor, begins in Cyprus, the goddess’s birthplace, Bettany decodes Venus’s relationship to the Greek goddess Aphrodite, and, in turn, Aphrodite’s mixed-up origins both as a Cypriot spirit of fertility and procreation – but also, as a descendant of the prehistoric war goddesses of the Near and Middle East, Ishtar, Inanna and Astarte. We start to see the Venus is about desire of all kinds – malign as well as benign. Hughes meets world experts who reveal the mysterious and obscure ways this ancient goddess was imagined and worshipped (including as a bearded, gender-fluid woman and even as a giant, sinister, volcanic rock).

Which is obviously a far cry from the “set in stone” so to speak, image of Venus being a all “natural” woman. It really did peak my interest, considering how many TERFs out there, use Venus/Aphrodite as being nothing more than a woman. When you really get into it, Venus, Aphrodite, Ishtar, Innana and Astarte weren’t necessarily worshiped because of love and chocolates. But more they were worshipped, because of the strong feelings they invoked in individuals. Strong feelings of love and hate, of desire, of sexuality. 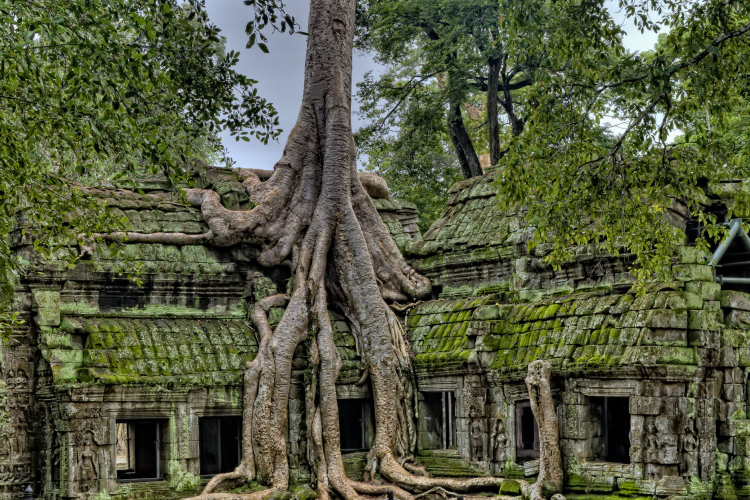 150 word limit. Try not to use the words tree & green.Tag 3 people to use the same genre of writing and this photo to create a post.

I was nominated by the lovely Nova to do this challenge. I just have to say it’s one of the most interesting challenges I’ve had so far. I hope I do it some justice! Do you know how hard it is to not write “tree”?lol

Dryads are known for the affinity to the forests and the plants that they are born from. That they are fiercely protective of what is theirs.  If a Dryad wanders to far away from the where they are too care for, they will whither and die. If it’s “crib” dies so does the Dryad.

The picture above is of what is also known as a “Dryads Crib”. It’s commonly known that when Dryads are born, they will tend to group the baby dryads together, much like a modern day delivery room. While in a cocoon type sleep, they will grow until they are eventually delivered, safely grown and protected from the roots, up.

This such an interesting challenge, I would like to challenge:

How my heart speaks

Who doesn’t love a good fairy-tale?

Fairy tales – Are stories that range from those originating in folklore to more modern stories.

Ancient Greece and Egyptian fairy tales are also known more commonly as “Myths” and to some these are still very good fairy tales. Usually fairy tales are based on some form of truth, or a collection of truths. A lot of the more modern Disney fairy tale movies are based on old stories by Hans Christen Anderson and the Grimm Brothers. And their stories are a lot darker than the Disney films we know today.

Behind the Stories: The true stories behind classic fairy tales – Huffington Post

Fairy tales are also good lessons for children (and some adults). They have basic life lessons behind them. It’s better not to look to deep into them, usually because the message is just very simple. 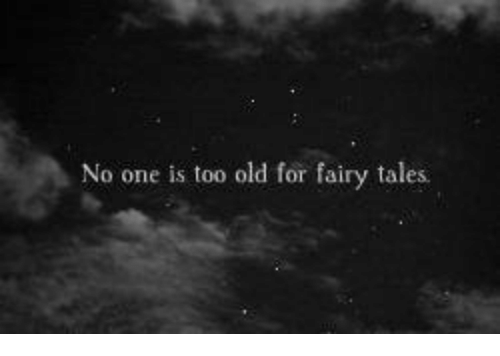 Is there anything more Magical than an Unicorn?

21 Recipes with Unicorns and Rainbows

(Okay, so that’s not the REAL Winston Churchill)

(Below is probably his most well-known speech) 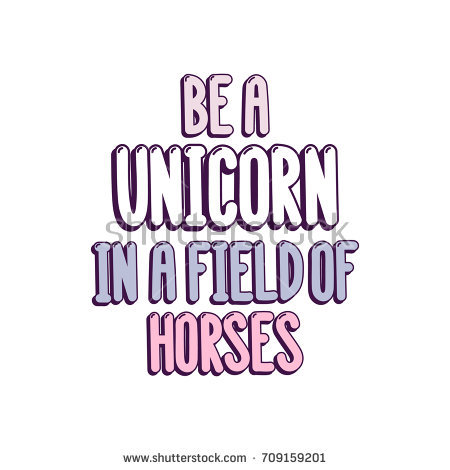 First may I start off with saying I love Ancient Greece, and Rome and Egypt and all those ancient places, would I want to actually live in that time?…Probably not…But a lot of those civilisations just completely fascinate me.

So I was completely fascinated to find out this week, what Historians believe created one of the Ancient Greeks most well-known mythical Giants, the cyclops. As many ancient stories and myths are created, the creatures, monster and scary bogey men” usually come from someone’s true life encounter.

Where they believed the Myth of the Cyclops come from is from the skeleton of the true ancient giant, the Mammoth.

The real animals that inspired the Cyclops (Modern Notion website).

They believe from looking at the skulls of a Mammoth, the hole in the skull where the trunk would have been, it does look like a eye.

It’s where I want too be,

I close my eyes and I am there,

Hidden behind the veil,

where no one else can see.

A place all just for me,

Where the Fairies play,

The Unicorns fly away,

Just over the rainbow, a place that is all mine.

I can see it all,

See it just a clearly as I can see you now,

The rivers are clear,

The birds sing and play.

The smell of biscuits and freshly mow grass,

Where the Gods and Goddesses harm no one,

Where Great minds gather around the Library to view their Akashic records.

Where they can spend all day learning, with not one single thing to interrupt them.

To some these glorious places are a Myth,

and that they can never be,

In case you had missed it…Today is Friday 13th…FRIDAY THE 13TH PEOPLE!!! Watch out for black cats, broken mirrors and just to make sure thrown some salt over your left shoulder! This is the only Friday the 13th ALL year!

Here’s Why Friday the 13th Is Considered Unlucky (Time online)

The origin of why Friday the 13th is considered unlucky is believed to originated from the Middle ages and has a biblical beginning, with some believing that Friday the 13th was the day were Eve ate the apple given to her by the snake.

Even before Christ though, the number 13 was considered “unlucky”. There are 12 months of the year, 12 gods of Olympus, 12 hours of the clock, 12 tribes of Israel, 12 Apostles of Jesus, 12 Descendants of Muhammad Imams, among many other patterns, historically.

Scientists have even noticed an increase in hospital visits on Friday 13th. Although this could be stemmed from people being more paranoid on a Friday the 13th than other days. We all know what happens when someone becomes more anxious and paranoid than usual.

Friday the 13th: How did it come about and why are we afraid of it? (The Telegraph:UK)

During more modern times a lot of movie makers have their horrors films come out on Friday the 13th, or at least the week of Friday the 13th’. So are you, my readers, into horror films? Which ones are your favourites? Even the scary films that I can watch, I tend to watch them from my behind my hands, if you know what I mean,lol