I was watching a Documentary about Robin Williams, and my Mum and I were saying how much easier, we all could have gotten through the last few years with Robin Williams around.

Who do you miss, that may not be so obvious? So not like a family member or a friend. Robin Williams passed two years before Trump was President. Watch the Critic Awards Speech! Gold!

Have I told you all how much I’ve missed you all!

It’s CRAZY, how things are going down at the the moment! Twitter is it’s usual mess. It’s been a little funny, because, I think in a way, I get why America may be the way it is. Take for example, the spats already happening with the Democrats. I had no idea that Lincoln Project was run by Republican Conservatives … Yet, I don’t think it matters either. People and places change, and they weren’t helping Trump either. While I get why people might be tense about them, I heard nothing about it before. At first I apologise, but then I was like “No, Lincoln Project HELPED Biden and the Democrats”. There are plenty of Republicans who don’t like Trump, or what the GOP have done…

I have written a post tomorrow, about some projects that I undertook while I took my social media leave. Just a quick update here with some of the things, that I don’t write about tomorrow, that also happened too me…Went to a funeral, and had a job interview.

Literally, went to the funeral on the Wednesday (it was for my partners Aunt), had a good cry. She was literally born in-between my parents. So, wasn’t that old when she passed…alone. One of her sons lives in the UK, and the other in Ireland, leaving two new grand twins behind. What really made me cry though, she’s never going to be able to meet her twin grand bubbas. She lived in Melbourne. Well, she can…Depending how you look at the world.

Then the next day, got a call for a interview for the Friday. Went to that, oh my god, I don’t want it, lol. Everything that I thought it was, wasn’t. Don’t you just hate that?! I went for a PART TIME RECEPTIONIST role for a reputable towing company. They said with my skills, I could easily go to full-time. The worst part…They want me to be back up for their call center! If I wanted to do that, I would have applied for a call center place! Luckily, I don’t think I’ll get it. They’re interviewing all this week too.

Also, something about Christmas happened. Which I cannot talk about until a bit before Christmas, but I am already writing up that post. It’s all about being the bigger person, but also being completely “I got you” as well, lol

After those few days though, my stomach REALLY hurt. So I ended up being sick as well!

I need to write this to you, but I can never show you, I can never open my heart up to you again. In the rest of my days, you can never actually know this.

It’s weird this feeling that I have. I hate you, I don’t trust you and now you have made me feel unsafe and unwanted. Yet at the same time, I am completely, madly in love with you still. Isn’t that weird? I know that I can’t ever be with you and with the attitude that you have seemed to develop over night I don’t want to, but yet here I am. Flirting, chatting with other guys and opening my heart to them, but still in love with you?

Yet, if anyone were to tell me that I have no self respect for myself, I know that they’re in the wrong. I don’t want you back, ever again. Not in a millions years would I ever, and sometimes I think it’s because I miss who I thought you were, not who you turned out to be.

You were the first person that I could really see myself settling down with, getting married, having babies, doing the whole grown up thing. I get scared sometimes that now I am far too damaged to feel like that again, yet there is hope. I can hear her calling in the back of my mind “Don’t give up!” 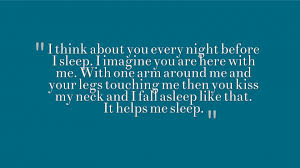 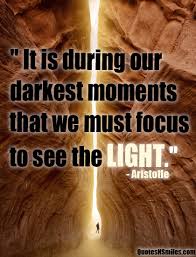 As you probably have guessed (and from me blogging about it constantly) I have broken up with my last ‘beau’.

We were at that stage when we were both “Lets be friends” and everything was hunky dorey and we kept telling each other how much we missed each other…and then…One of us (i.e. him) decided to do something stupid and I found out about it (mainly because his friend posted it on his Facebook account). So now we’re at the “don’t speak to me ever again” point.

I’m not sure why this seems to happen to me, but my ex’s always tend to run straight to the person (their friend) who made my life the most horrible/miserable. So the first thing that happens is this person makes sure that I am aware of this. I have no idea why this seems to happen to me every single break up (and I am not exaggerating). On the plus side though it makes letting go THAT much easier. I honestly believe who you CHOOSE to be friends with, no matter how much you may “claim” not respect or like them. If you hang around people…Doesn’t that make YOU much worse than them? At least they are truly being the morons everyone believes them too be.

This is something that I have struggled with every single break up. I am sitting there defending them to my friends and family (when necessary) and yet my ex’s run to the people who hurt me the most, while claiming they have no respect for them? Pretty much (to me at least) proving what truly kind of person you are? If you choose to hang out with someone who uses a private medical condition as a weapon to hurt someone, makes up stories that you tell everyone else EXCEPT the person you are actually apparently mad at and passively aggressively cut out your so-called “life-long best friends” and that’s who choose to be with…You, my ex-friend, have everything coming to you.

I feel much better now =P

Take me back to last Friday night,
where I was yours
And you were mine,
For that final time, though neither of us knew.

You’ve only just left,
My heart has never wanted you more,
Turn back around that corner,
Please don’t let me watch you drive away.

I don’t want you to go,
Please don’t go,
Please come back,
Take me back to Friday night…

I miss you, you don’t even know and I can’t tell you, not a bit, not a little bit…Not at all ❤

(I am getting bad at making sure that these get posted on time!) This week I am going with more of a music magical Monday.

I have recently had a bit of a health scare and I wont know for roughly under a year what the outcome of that is going too be. So for the next year I think my mood is going to be very interesting to witness. However this experience has given me a massive mortality wake up call. Like with mortality scares it tends to make your mind think a little more morbidly.

There is a small amount of people in my life who know what’s really going on and by small I do mean less than the number of fingers I have on one hand…As well as you guys now. One of the beautiful things about this wake up call is it’s made me appreciate the real friendships and the real loves that I am lucky enough to have in my life. Especially of those who don’t actually know what’s going on, but are still by my side.

It has made me really stopped trying to impress everyone (which honestly I was getting no where with fast anyway). I am actually eating better now, instead of just going whatever, not that I’m obese or anything, just eating more healthier.

As I mentioned though my mind has gotten a little morbid including thinking about Funerals. At the same time there was only one song that I could think of that I would want to be played (I know, pretty morbid). The song I want though is so beautiful and absolutely reflects a lot of who I am and I could absolutely imagine myself saying this to a friend and I WANT my friends and family to remember this part of who I am ❤ Now there are two versions of this song, my personal favourite is sang by Ronan Keating the other is sang by Lee Ann Womack…I hope you enjoy! 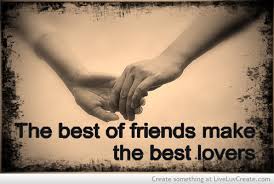