What is up with those people (mainly girls) who have nothing but selfies of themselves. The most annoying being with a selfie and some lame deep and meaningful quote. Then turning around and complain about other people (mainly other women) posting a selfie?

I literally cannot stand people like that! I follow Vanessa Hudgens on Instagram, and she is a beautiful girl. She has always taken beautiful pictures. Lately though, instead of people calling her beautiful, they’re just calling her desperate. I know it’s too do with Austin and her breaking up. I can’t even say who broke up with who, because we don’t actually know.

I have an Instagram account … I will probably be going to back to Lady Lolsy by the way…I typed Lady Lolly into Google and there’s another Lady Lolly out there…I think she’s an adult film actress.

Anyways…On my Instagram account I have taken up walking and making stories, while I’m walking on Instagram. I’ve been usually doing them on Friday nights after work, but it all depends on when I’m working. This week I’m not working (so far) on the Friday. However, I find that these stories I do encourage me to go walking anyways. So I will be keeping up with them. If you click on the link above to can follow me. If you don’t have an Instagram account, you can see my pictures but I don’t think you can see the stories?

Is there anything more Magical than a Quokka?!

Would you look at that puddum?

I am on Instagram and Instagram is becoming more and more animal wildlife exploitation aware…and it’s fantastic!

Popular quokka selfie hashtag could be banned by instagram

The #quokkaselfie prompts an “Instagram Alert” that comes along with Instagram accounts that are suspected and confirmed of animal exploitation. (Think BJWT) 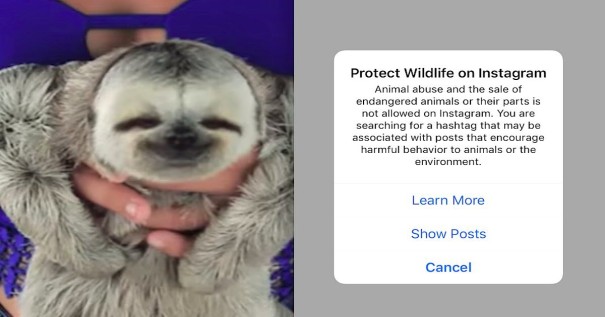 The quokka, the tiny marsupial native to a handful of islands off Western Australia – including WA Tourism jewel in the crown Rottnest Island.

This mean that Instagram believes that the photos you are viewing could be apart of wildlife exploitation…Now there are some “companies” who do do this (look up BJWT Corruption) and the warning comes up for the BJWT pages on Instagram, because they DO exploit animals…

A spokesperson for the Rottnest Island Authority told The West Australian that the warning was “unhelpful”.

“The Instagram block notice … does not serve to educate or inform the public about our conservation efforts or direct people to how they might develop a better understanding of this native species,” he said.

“The RIA takes seriously its responsibility to protect the quokka population on the island and there are significant penalties for people who interfere with native flora and fauna.”

Quokka’s are well known for being extremely friendly and not being generally frightened of human beings. Which means there are a LOT of #quokkaselfie and they look like they are grinning…

So what do you all think? What is wildlife exploitation for you?

This is a very short post for this morning. I’ve been thinking about creating an Instagram that is just specifically for this Blog. I was thinking of sharing book updates of books I’ve been reading, with then doing the final review on my Blog. Sharing cute pictures that I’ve found, that sort of thing. Do I make it private or public?

Does anyone else do this? Any handy hints or is this all just a bad idea?

I’m not officially making this Golden Globes week, but I thought it would catch your attention ~.^ (Also I do not have the authority to make this “Golden Globes Week”). 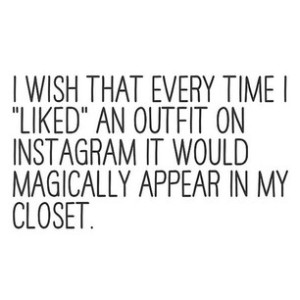 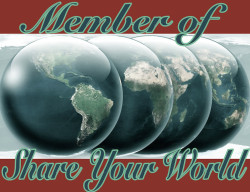 Would you rather take pictures or be in pictures?

I would rather take the pictures, than be in them. When I’m feeling pretty though I might take a picture of myself or a “selfie”. No one see’s them, I use to post them on Facebook, but people would pay me out too much (even though plenty of others were doing the exact same thing…Who knows why one can and one can’t). I did actually have an Instagram for a while, but I got bored of it pretty quickly.

I LOVE Queensland! The people are gorgeous, the weather is pretty much always lovely 90% of the time. It’s a great place to be, if I ever won the lottery I would definitely buy a holiday house there.

If you had to describe your day as a traffic sign, what would it be?

Give me coffee and we can be friends =D

I have joined the world of “Instagram”…It’s not so much I’ve “given in”, it’s more than I can win gift vouchers on there for the clothing stores that I am really in love with.

Instagram is so much different from all the other social media sites out there because you are pretty much trying to express yourself through pictures and photos. I am not an expert photographer so it’s making for an interesting time. I’ve gotten a few followers and have no idea how to get more, so any advice would help me out so much. I’m not sure if the more followers you have, the more chance you have at winning competitions.