What did I log onto today? Insane! The world is losing its damn mind! You’ve got Bernie supporters saying that it is completely alright that Bernie is going by Trump standards. Then getting upset that we’re calling them (well I am) Trump supporters 2.0. You have Rowan Baxter supporters saying that his ex must have done something to him since he burnt his children (and her) alive.

I don’t care that Bernie, did, lie about releasing his medical records. I do care though that Bernie supporters seem to be okay with the FACT that he did it. No one else can do it though. His 78, he had a heart attack less than 5 months ago and his running for the most stressful position in the world. Letters are also not medical records. Which is ironic since a lot of Bernie supporters also did not believe Trumps Doctors letter. It is a genuine concern, not one coming from hate unlike what some T2.0 are saying. It is also a genuine concern that Bernie is running on a campaign where promises are not being kept, like Trump. Both of which their supporters do not care.

It seems like Sanders supporters don’t care about the lie. Trying to talk to some of them today made me feel more drained than Trump supporters. They did the whole range of Trump supporter talk. They used a LOT of whataboutisms. They were condescending and it didn’t work. In case Bernie supporters have forgotten we’ve been dealing Trump for nearly four years now.

This one feels appropriate for this week =D 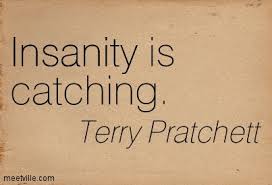