September the 22nd is Hobbit Day.

It being the birthday of the hobbits Bilbo and Frodo Baggins, two fictional characters in J. R. R. Tolkien’s popular set of books. According to the fictional setting, Bilbo was born in the year of 2890 and Frodo in the year of 2968 in the Third Age (1290 and 1368 respectively in Shire-Reckoning.)

I’m posting because that way it’s still technically the 22nd of September where I live. So celebrate by playing with a Dragon or two, and HAVE that second breakfast!

Hobbit Day is a name used for September 22 in reference to its being the birthday of the hobbits, Bilbo and Frodo Baggins. Bilbo was born in the year of 2890 and Frodo in the year of 2968 in the Third Age (1290 and 1368 respectively in Shire-Reckoning.) Due to the discrepancies between the Shire calendar and the Gregorian calendar there is some debate about when to celebrate Hobbit Day, since the actual birthday would be between September 12 and 14 the Gregorian calendar.

There are so many great ideas!

Today is important for two reasons:

The reciognition and information spreading of one of the worlds largest and heavily endangered animals. The Rhino…A Day which celebrates ALL five species of Rhino: Black, White, Greater One-Horned, Sumatran and Javan.

#WorldRhinoDay If every one of Save the Rhino International's 230,000 followers donated just £1 it could pay for the yearly salary of over 600 anti-poaching rangers to protect rhino. Donate today: https://t.co/DbgPqm2zGc https://t.co/JgvY1GaCHG

Happy #WorldRhinoDay! With fewer than 80 Sumatran #rhinos left on our 🌍, an unprecedented plan now aims to save the #SumatranRhinohttps://t.co/Y3lpW8oEU2 via @NatGeo @IUCN #SumatranRhinoRescue pic.twitter.com/FotnxJcn9s

Today is also Hobbit Day…Hobbit Day is the birthday of both Bilbo and Frodo Baggins (different years though, obviously) The two main characters/protagonist of the two greatest series ever written!

So Hobbit Day is actually tomorrow on Friday the 22nd. There is a lot going on tomorrow though, part of the reason I am writing about this today…But also to let you know that it is actually Hobbit Day/ J.R.R Tolkien day…tomorrow…So be prepared!

I have no idea what I am going to do, or if indeed I do anything tomorrow. I am hoping for some times by myself, but we’ll have to wait and see. I am however, considering getting this Weta Collecta Box…It looks great and what is a better way to celebrate Bilbo and Frodo’s birthday? 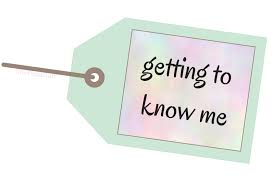 So last week I started off a getting to know me challenge and as I mentioned I “stole” it from Vrushali who found it on  ChocolatenWaffles’s Blog. (Please go and check them out!) Instead of doing it all in one go, I am instead doing it in 25 part questions and this is Part 2…So let’s start…

If you would like to read my Part One…Please check it out here.

Oh my Goodness! I completely love this weeks, this or that!

Spend 24 hours in a fictional world

Spend 24 hours with a fictional character

SO WHICH ONE DO I CHOOSE?!

I am going to have to go with spending 24 hours with a fictional character. The only problem I would have is, who do I spend the 24 hours with when it comes to my lifelong fictional crushes.

Legolas, Thorin, Judah Bow?! Who! Who do I chose?!

I just found out that not only is it Good Friday, but every 25th of March is http://www.tolkiensociety.org/events/tolkien-reading-day-2016/ and according to the “The Tolkien Society” there is a theme every year, and this years theme is “Life, Death and Immortality”

So what will you be reading today? Also excuse me for a looking a little “Witchy” (also I apologise for the URL link stuff up, I’m not sure what’s happening there). 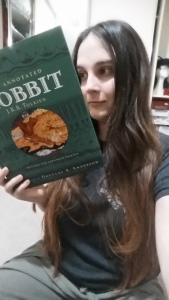 Sometimes you need something to help inspire you to get out of bed and sometimes nothing makes you feel more inspired and powerful and brings out the magic in you more than a beautiful tune…Celtic music just has something magical for myself…I hope you think of this song throughout the day!

Link to buy the music: http://www.amazon.com/Celtic-Garden-T…

~ I am not the owner or creator of the music or art. All rights belong to the respective owners. ~

Since I finally got around to seeing “The Hobbit: The Battle of the Five Armies” yesterday, I thought that this was appropriate. 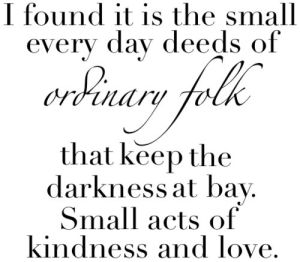