Remember, that not all Heroes wear capes, but they always wear masks! lol … I know, I know…It’s too late too vote, but I thought I’d share =D

Chris Evans Speaks to First-Time Voters on MTV’s Vote For Your Life Stream: ‘You Guys Are My Heroes’

The word “Hero” is being thrown around a lot lately, and I wish for the love of God…For people to be more careful who they are calling a “hero”.

I’m not sure which Laura Loomer these people are talking about? When I asked they said the Laura Loomer today (who chained herself to a car because Twitter banned her racists ass) is a … wait for it … Hero …

Imagine if American journalists had a tenth of the heart of Laura Loomer.

Laura Loomer STALKED young Muslim people through the streets as a “how dare they” walk through where people have been mass shot…You know, without acknowledging that the mass shooter IS white. She was banned from Uber and some taxi’s after she complained that they made HER late because they had no “white” drivers. I was banned by her when I told her to get her licence. Also another “believer” of  Santa Fe High School shooting, being a set up. The same Laura Loomer who cried she was being silenced when she lost her little blue tick on Twitter…This Laura Loomer is their … Hero…

You have to feel sorry for them really, an over privileged white whiny brat, who wears a Star of David because she’s being “oppressed” by Twitter, is their Hero…How much lower can you go? Heck, they need a better class of criminal really!

Oh my god…The “not racist”…racists…are out in full force!

Every single one of them, of course, talking about if her super power is going to be “blowing up” people. How they don’t like people who encourage others to mass kill one another…You know, how white people NEVER do that! Sweet and innocent they are -.-

Which movie superhero has the highest body-count?

I guess this means that are right in a way, sine every other Superhero do this as well?…But you know that’s not what they mean at all!

Why can’t people just let others enjoy things anymore? It’s like these people have nothing better to do. Does this cartoon hurt you, is anyone making you go and see it? Of course not! So why do others have to “care” so much? It was the same thing with the Royal Wedding…Didn’t their Mum’s teach them, if you’ve got nothing nice to say…Don’t say anything at all?

The most interesting statement from someone I was “talking” to it about it. They claimed that I must hate America…and I pointed out too them, I was not the one hating on an American Superhero…That was all on them.

In our lives we all have different heroes from all sorts of areas in our life. Jackie Chan is a personal hero of mine, but I do have to say that I am unfamiliar with his earlier work. Just meaning that I know he has been around for years, but I have only ever seen his more “Western” type movie. So, more like your “Rush Hour”, his more comedic action type movies (I was disappointed that the wasn’t part of the Expendables movie in anyways whatsoever).

After watching this video below, I want to go out and find his earlier work. It is just really beautiful.

Do you have a “Hero”? Have you ever been surprised by something you found out about them?

Sometimes I think I just think differently from other people, kind of like I was born in the wrong era, or the wrong “reality”. Honestly it hurts my spirit, and I use term since I was called a racist for not agreeing that my spirit is less spirtual than some others. “White people sucked out all the spirit”…That is not even how spirit works. I said to this individual though “That’s your Ego talking, NOT your Spirit”… That was definietly a trigger for me. I work with Spirit a lot, I do Reiki, Tarot … Witch craft some may call it! You leave my spirit alone, I’ll leave yours alone.

It was annoying because I was saying that it’s even more important to stand for matters like BLM, to start really educating ourselves on our histories. Stand with Standing Rock, for example. Just recently I found out that Gandhi had slept with younger girls to “test himself”, who knows for sure!…Which I think he ‘passed’ but that clearly is not the issue. How can someone ever learn if they…well…never learn? If they and you are never listened too? Nothing moves forward, nothing progresses. We get stuck in the same fight, the same circles. Sometimes I do few a lot of the fights as frivolous, especially on Instagram, and they never get anywhere. Which information is even correct? So now I don’t argue on Instagram or Facebook anymore.

The reason I’m posting this video and a link to the Speech in written form though? This video soothes my mind, it is exactly what I am trying to say. Martin Luther King is a hero of mine…I feel like we need more people/leaders/great minds like Martin Luther King. He believed we should ALL work together. We ALL need each other. I still, and probably will always, think his assassination is one of the greatest tragedies of our time. It’s nice to know someone out there existed as I think as well.

I am a dreamer, I know that, I can be extremely naive. Possibly even too idealistic. If you could have any dream you wanted to come true though, what would it be?

I actually made this last week for an Heroes and Villains party I went to last week and I decided to put an “Easter theme spin” on it. 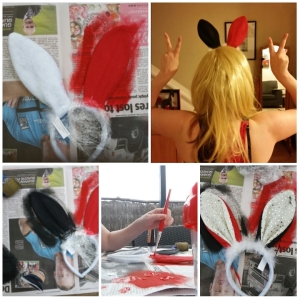 This week is the last episode of Season 4 (four) for one of my favourite television shows “Games of Thrones”. I personally think that its been one of the most up and down seasons of the show to date. I stopped viewing after the episode “Oathkeeper” where I personally felt a scene was competently unnecessary and it was not in the book at all, they have not brought it up and it did nothing to move the plot along. Ever since then I’ve been off of the “Games of Thrones” bandwagon.

Even with Tyrions speech everyone I knew was going on about how it was Emmy winning and it was the best speech they had ever heard and I finally got to watch it…and it was good, but I have heard it before.

So enough of that! (I was hoping that people wouldn’t be able to see what I am about to write) ~.^

However despite the disappointments I had this Season, there was one character that we were introduced that continually made everything better…Oberyn Martell. 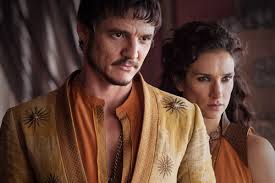 Prince Oberyn Nymeros Martell (also known as the Red Viper)  had a very close relationship with his sister, Elia, and they were inseparable as children. Oberyn’s speed and skill with a spear and a sword are extremely well-known.

Following the sacking of King’s Landing, Oberyn learned that his sister, Elia, was raped and murdered by a Lannister knight, Gregor Clegane as well as her son, and her daughter was killed by another Lannister knight and Oberyn swore revenge. Prince Oberyn eventually comes Kings Landing to to claim the seat on the council on Prince Doran Martell’s  behalf, and to get justice for his sisters murder, which was agreed with by Tyrion Lannister.

When Tyrion is accused of Joffrey’s murder, Oberyn is one of the judges. Before Tyrions judgement , Oberyn offers to be Tyrion’s champion in trial by combat, if Tyrion tells who is guilty of the murder of Elia. Tyrion takes Oberyn up on his offer. Oberyn knows already that Ser Gregor will be his adversary.

This is where I sign off…I don’t want too give anything else away! 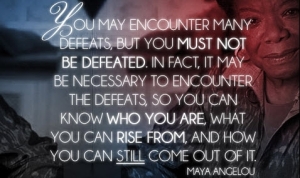