With the release of the new Nintendo switch (which roughly around $300, depending where you live). It got me thinking about consoles in general and what people prefer playing their games on.

Nintendo hooked me as a kid. Can the switch win over my son? CNet.com/au

I mainly play on my PC and it isn’t really a gaming laptop either (those can easily cost upwards of $2000).It does the job though. Sometimes I think of getting another laptop so I can just have games on it and nothing else.

Then there’s my xbox 360 and I love it! I got it as a xbox 360 bundle and as I got it in a special Star Wars bundle. the console i R2D2 and the controller is C3PO. It’s great! It’s one of the reasons I still have not gotten an xbox 360 one, because I love the one that I have now.

2016 has taken a lot from us, Bowie, Rickman, Henderson, Prince, Wilder, Natalie Cole, Ron Glass…Just to name a few and now they have taken another one!

Popular Australian print magazine, mainly aimed at youth and teenagers, Dolly, have decided to stop printing their magazine after 46 years. For those who don’t know Dolly is a well known Australian magazine that deals with youth and teenage issues. It’s not a heavy amazing as you can probably tell by the picture below. It has mainly bits and pieces that are/were relevant to youth at that time.

Never fear though! Dolly is still around, it’s just online now instead of in a print version, people will be losing jobs though. SO technically not actually dead. Yet, another blow for printed materials though.

So last week we talked about reading reviews. This week Bookmark Chronicles wants to know…

Do you write book reviews? Why or why not? And if so where do you post them? (Goodreads, WordPress, Youtube etc.)

I have been trying to write reviews on my WordPress, I even tried “writing” reviews as a Vlog. Something went wrong with the type of media I was using and every time I would try to upload, the volume would cut out. It would cut out everywhere, I would literally have to turn my computer on and off to get the sound back.

I have been really bad with my reading this year though and I have been finding myself reviewing films more than books. Also because of this I have not really been using my Goodreads page much this year. I have done 23 reviews though overall. If you do want to follow me though, you can find my page here:

This week I am wondering…

Write a series that turns into a TV show?

I was nominated by the awesome A Little Me, Apparently for the 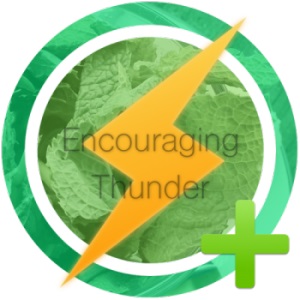 For my ability and knack to always find something cool to write about and share with you all!

-Thank the person who nominated you.
-Nominate a few other bloggers.
-Don’t take credit for making the logo, because I’m assuming that would be bad. You know, lawyers and stuff. I guess.
-Share your story about your purpose in blogging.

Thank you so much for the nomination, you should all go and visit A Little Me, Apparently page. It is SO much fun! It’s a Blog about playing games and full of great poetry and reviews written in such a funny way! Just a great enjoyable Blog to read…go look…NOW!!! =P Very well written as well!

I shall nominate (will understand if they don’t participate)

It’s quiet funny how I started this Blog. I actually started Blogging purely based on a school project, we had to take a class in social media for our certificate. Since it is becoming such a big medium.

Now I just Blog for the fun of it and I love sharing with others. I love the community that Blogging inspires.