After spending a lot less time on Facebook, I can honestly say that I just mentally feel better =D 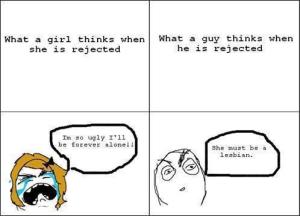 The other thing that I have been finding really interesting though is my total and utter mind flip on my ex, it’s been amazing! There is that saying though “Hindsight and 20/20” and they are cliches for a reason I guess! It just feels like my mind has done a huge 360. I really don’t care…Finding out certain things and really sitting down to think about it, I don’t think my ex cared about me at all!

Not in a vicious way, I just don’t really think that he ever really got to know the real me. He has no idea who I really am. Plus I think when you really can’t tell who a person is and who they genuinely like as a human being, there is no way that that is a good sign!