“There was an idea…" @Avengers: #InfinityWar. In theaters May 4. pic.twitter.com/vJTbkwPgbQ

I can’t believe that I’ve missed this!

I am a HUGE Marvel fan and I do have to say that I am enjoying them a lot more than the DC series…Even though I love both the different worlds. (Harley Quinn is my favourite).

The Marvel movies just seem to be that little more “extra”. As someone pointed out, Marvel have been taking years to do their movies, whereas DC are coming out all at once. Even with the little extra bits that Marvel give you during the end credits, it just makes it a little more ‘special’.

Are you a DC or a Marvel fan? Are you enjoying one set of movies over the others, or are you enjoying them pretty much the same? Or do you just flat out hate one, or both?

SDCC or San Diego Comic Convention was just held over the past weekend, and is probably the biggest “Nerd Convention” held all year! Unfortunately being Australian means it is a VERY expensive trip, but it is something that is on my “bucket list”

(For those who don’t know this image below is the original Harley Quinn).

This of course is just my own personal opinion, but the other versions of Harley Quinn are just either really annoying or childish (I think that original Harley is child-like, not childish) or they are some kind of “sexed up” version of her. Which isn’t really her either, she pretty much only loves the Joker and she might seem sexy, but I don’t think that she’s even aware of it. Whereas the others KNOW it.

Let me know how you are feeling about the new Harley Quinn in the soon-to-be-released film “Suicide Squad”?!

Anyways, I have been doing some hunting around and I have found some great prints and clothing that I am extremely tempted to buy. Below are some links that I think are a great expression of a lot of people’s views of this new “Harley”.

Jed Thomas probably has the BEST prints and I want to get this one in every version possible! HARLEY Vs. HARLEY Print – Jed Thomas

This is the same print and you can get on clothing too, this is SO going to happen!  HARLEY Vs. HARLEY TeePublic

Watching my Safari Live, as I do, and there were these baby hyena’s born a month or so ago and they are freaking adorable! I can absolutely understand why someone would have thought that Hyena’s would be great for Harley Quinn…I mean just look at these pictures! Baby animals are just the best!

They are simply magical ❤ 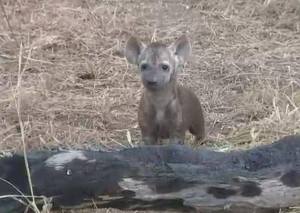 Marc and Alex visit the hyena den. Ndapandula,the middle-sized hyena is there along with Tumbela, the young hyena Tara named.

I saw this video and found it extremely interesting to watch and loving Superheroes and hearing some facts that, were in fact, shocking. One of them I just cannot believe that I haven’t heard people talk about before (mainly relating to Spiderman). If you love Superheroes and you think that you know all there is too know…Guess again!