There is SO much going on today!

The first thing I am going to introduce you to today is: “The Top 50 Shakespeare Insults” I am going to try and commit them to memory.

Who can talk about World Book Day without mentioning a few books that were then turned into famous musicals.

My personal favourite musical of all time came from a book (well a lot of them do,lol)

I don’t think that I could even begin to make a list of books and comics that have been made into movies. 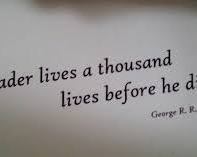 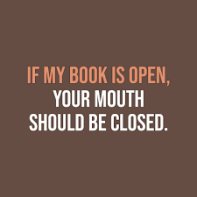 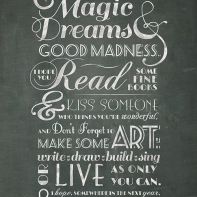 Copying is something that is a HUGE issue in the world of Nerds and Geeks. Making sure games aren’t the same, making sure that people aren’t selling unauthorised copies, or just making straight out copies of another artist’s work. It can be a huge problem as a lot of it can be just an interpretation.

There was an incident last year involving a Cosplayer that I follow. They are usually such fighters for not copying other people’s work, until they wanted to sell some tops of their own. This group of Cosplayers are usually the first to jump all over anyone who copies another artists work. Yet, for some reason when they designed a top that was seen to be very close to the WuTang Clan symbol. They decided that it was alright to continue with selling it and the person who reported them was just letting other people down, as their top ended up being banned.

The thing that I found odd about the whole thing was that, people were attacking the person who reported the tops. Now the person (I have no idea if they were female or male) was a jerk and they were taking a little bit too much pleasure on getting the top banned…But they were right. The symbol was very similar to the WuTang symbol. If it wasn’t, it would have never been banned. So why the hate when you’re doing exactly what you preach against?

I saw this video and found it extremely interesting to watch and loving Superheroes and hearing some facts that, were in fact, shocking. One of them I just cannot believe that I haven’t heard people talk about before (mainly relating to Spiderman). If you love Superheroes and you think that you know all there is too know…Guess again!