*I have to apoligise, I became sick yesterday. Hopefully I can do something with this*

This celebration of the animal kingdom’s most beautiful and fearsome creature was founded by Big Cat Rescue, the world’s largest accredited sanctuary dedicated to big cats. World Lion Day is the brainchild of co-founders Dereck and Beverly Joubert, a husband-and-wife team with a passion for big cats. They began the initiative in 2013, bringing together both National Geographic and the Big Cat Initiative under a single banner to protect the remaining big cats living in the wild.

I have a tiny thing for Lions, lol . Anthea Wright – Illustrations I keep hoping that Scar changes his mind, lol.

Some facts about the Lion World:

I just want to start this post off by saying, that I am so glad that some people “expose” themselves. And I unfollowed them.

I also want to ask, if it’s completely sad that I am sad about Internet Explorer?

What this post is more importantly about, is how important it is too talk about some of the realities in this world.

I’ve seen some people say that what’s the point of these current hearings. He was acquitted, why bother? Are they actually kidding?

This hearing is exposing the people who acquitted Trump, in the first place. Too sit there and actually say that these hearings have no purpose now, is ridiculous. We are talking/writing about the biggest corruption within the Republican Party, the Party who nearly brought America to it’s knees, since Nixon. Of course it’s important, how could it not be? You would have to either be complicit, have no understanding what Jan 6th did to America, or a complete idiot, to think these current hearings have no benefits.

I’m not even sorry for saying this. Trump is now throwing his own daughter under the bus.

It is really refreshing to see Republican’s and Trump Supporters being called out for WHAT they are. I don’t know about you all, but I am finding such clarity in the hearings. 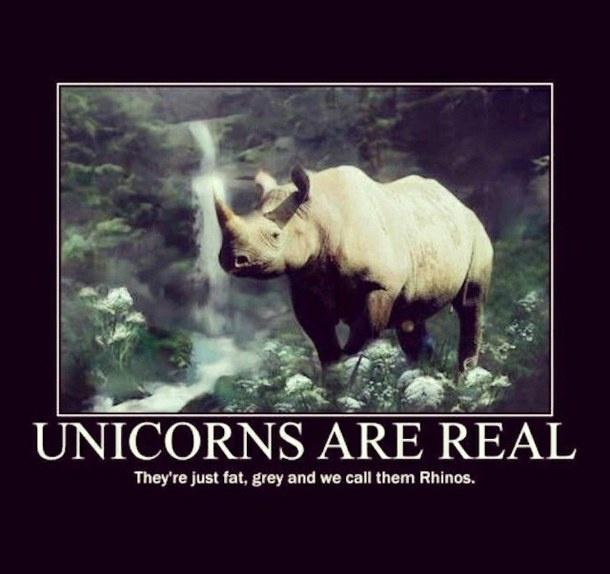 So I was asked the other day why the elephants that the Kardashians were riding, weren’t from a sanctuary when the place says “Sanctuary”.

It’s really not a complicated situation. Just because someone calls themselves something, does automatically make it true.

The BEST way to tell if someone is a real sanctuary, is this. It’s all how they treat the animals. If they’re still letting people ride elephants, if the animals are being “petted”, usually still by the public. Elephants don’t naturally have anything on their backs, maybe birds. But people, we are not birds. You can tell yourself you weigh as little as bird, you don’t. If you do, you’re probably dead. Not sorry Kardashians.

Too get people onto the backs of elephants. Elephants, usually from a very young age, are whipped with bull hooks. SO WHILE some of these “sanctuaries” may brag they have rescued these elephants. Continuing these “tradition” doesn’t sound very sanctuary-like, does it? I don’t even think that they are still whipping the elephants. Doesn’t change that the elephants are probably still quiet frightened it’s going to happen. How are they supposed to know it wont?

Simply: If the public/celebrities are still being allowed to play and touch with the animals. It’s a no no to being a sanctuary. There are some good sanctuaries out there.

GG Conservation – The workers sometimes work with the animals when something needs to be done. Their animals tend to be special cases, and could never be released back into the wild.

You mean not killing them, works?! Who would have thought!lol

This is one thing I’ve never been able to understand about Hunters, how can you save something by killing it?

The Giant Magicians who wander<3

…And then there’s little one… =D

(baby elephants are the cutest)

World Elephant Day was officially founded, supported and launched by Patricia Sims and the Elephant Reintroduction Foundation on August 12, 2012

The Kings and Queens of the African Savannah!

This celebration of the animal kingdom’s most beautiful and fearsome creature was founded by Big Cat Rescue, the world’s largest accredited sanctuary dedicated to big cats. August 10th is a day for people to come together from across the world to pay tribute to the mighty lion in as many ways as possible. Though a fun and exciting occasion for all, its foundations are based in a very serious matter: lion numbers have dramatically declined to the point where the species needs to be placed on the endangered list, just like its larger cousin the tiger.

*Now please be VERY careful when you chose to donate to any cause…Especially when it comes to Wildlife. They can’t let you know if the money is even getting to them and there are LOT of people who DO take advantage of this. Please do research before donating*

Saying that…Please DO donate too:

Please DO NOT donate too:

I actually used to follow both of these accounts. BJWT isn’t even a registered sanctuary, despite what “Papa Bear” may say. It’s kind of like saying I’m Beyonce, just because I say. Kevin Richardson, blamed one of his own staff for her being killed. When it wasn’t the case and the women unknowingly walked into an area where the gate had not been shut properly. It was also NOT the first time someone has been killed on one of his properties.

Beware of “rescues” and “foundations sanctuaries” that allow people (especially celebrities) to come in and handle cubs/baby animals. Sanctuaries will NEVER allow humans to handle the Cats. We give them and they give us diseases, but ours kill them. Another reason to NOT support BJWT. Constantly having cubs come in (most of the time on a weekly basis), then they get sick, then they “disappear” is not  what a Sanctuary will do. Sanctuaries will only come and “rescue” cubs IF it’s urgent.

I’ve been wondering how to write this without feeling like I’m ignoring people’s problems. Oh! I will be talking about the recent suicides that have been occurring in the world of Hollywood…

I personally haven’t been reading too much into. I try to skip pass the articles if I can. At the moment, although I am not suicidal. Ever since I’ve had my anxiety attack, I’ve been finding that I am more…I guess,paranoid, about my health. If I hear something, I am convinced that I’ve got it.

The frustrating thing I am actually starting to feel “normal” again…Changed, but normal and feeling more like myself only very recently.  The funny thing was I only started to realise it a couple of days ago. I was just doing your average things and I realise how I hadn’t felt for a little while, it’s kind of starting to be forgotten about. Although I doubt it’ll truly be ever “forgotten”.

I just don’t like hearing about other people’s suicide. I’m here to help stop that, but I’m still having trouble with hearing about it, especially when it is just EVERYWHERE! It’s like every second article or statement is about one of them.

There was no way that today of all days I was not going to write something about such an important topic!

Rhino’s are probably one of the earths large animals that are being hunted into extinction.

Lions have always been my favourite wild type animals, ever since I watched the “Lion King”. I just loved the idea of having a Pride and having a strong father type like Mufasa. I am SO excited for the “live action” film, no one can play Mufasa like James Earl Jones can!

Last year I actually bought this bracelet and it’s one of my favourite bracelets, the colour is just so gorgeous! Please look up the “Original Sahara Bracelets”. They give a percentage of the sales to conservation work, I don’t believe that it’s specifically for Lions, it’s just towards the African Wildlife Foundation in general.

I actually have another bracelets like this but the other one I found in a cheap type store and it also has a Buddha face on it. I might edit this post later, if I think if it’s appropriate.

In just two days from now as well it will be World Elephant Day (please press the link to pledge) I will be writing about that too this weekend. I love Elephants, they are so utterly gorgeous and I’ve never really seen an “evil” elephant. I’ve seen a lot of angry ones, but that’s usually because us Humans have done something.

I feel like I have been fortunate to be able to watch this live Ustream/YouTube feed that I am obsessed with called “Safari Live” I have learnt even MORE from this wonderful program about all sorts of wonderful animals from Africa. Prey and Predator.