I am not sure how many of my readers keep up with the latest Entertainment News. Recently Demi Lovato woke up from a suspected accidental overdose. I’m not Demi Lovato’s biggest fan, but saying things like “It was her choice”…Is not helpful and that’s not how addiction or mental health works. Having money means nothing, having the world at your feet means nothing, being beautiful, being young and thinking you’re invincible…Means nothing, if you don’t have the right support.

Take Katy Perry as well, not her biggest fan either. Some of her actions though, I can actually understand where she was coming from. She recently had an interview where she explained a lot of issues, including the live stream feed of herself. I don’t know anyone who actually watched it (do you know anyone who did?). Even that stream and the idea of it though seemed a little odd too me. Once she opened up, a lot more of the things she did, made sense to me.

Every type of health battle is different. So unless you have a conversation with that person, just don’t speak on matters you don’t understand. It’s kind of common sense really, well too me. This is for any health battle. If you don’t know what someones going through, breathe, take a minute and ask them. Don’t make assumptions. There might be a reason why people don’t want to tell you anything. Take Val Kilmer as an example, we still don’t know what was going on with him. Maybe there’s a reason he didn’t want to say what was going on and that’s perfectly fine, we don’t need too know.

We should just feel lucky that we don’t have to fight our battles so publicly.

This has been your weekly Public Service Announcement =P 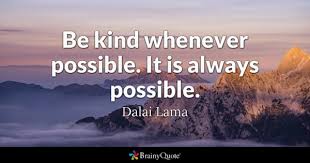 So the day is here! Watch out for the #1000Speak hashtag today and promote it!

1000 bloggers to write posts about compassion, kindness, support, caring for others, non-judgement, care for the environment etc, and ALL PUBLISH ON THE SAME DAY (Feb 20th) to flood the Blogosphere with GOOD! Use the hashtag #1000Speak to promote this event.

I have a lot to be thankful for today, I am finally ending my work full-time (so yay!) but not only that my brother is coming down and is visiting for the weekend too, so I am really happy about that too =D It has definitely put me in the right mood!

Compassion to me is a very interesting concept mainly because the world seems like an interesting mix of what we individually think Compassion is. How in one moment we think what we are doing is compassionate then realise in the next moment maybe we are not as compassionate as we first thought we were. I have always felt that I cannot be compassionate when I am not taking care of myself first. Even with this though sounds like a selfish deed. I cannot take care of others when I feel like my own life is under so much pressure.

In this moments though that when we really face what matters to us and who matters to us. Every single one of us the ability to be compassionate, we just have to discover what is important to us. The most important thing though is to remind yourself to be kind to yourself. I have always believed though that you cannot be there for others if you are not kind to yourself first.

Though I am not a religious person the most compassionate person I think of when I think of “Compassion” is the Dalai Lama and I think that his teachings could teach us all a lot! 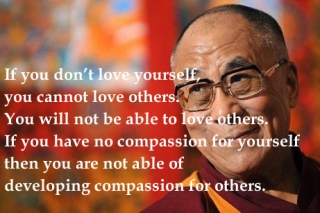 So it is one week to go until 1000 voices speak for Compassion, have you signed up your Blog yet? 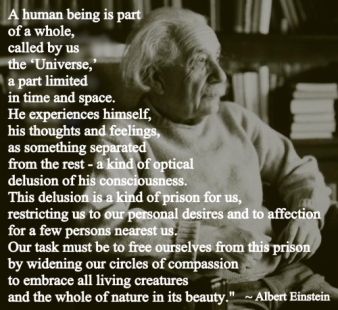 On the 20th of February my Blog (Lolsy’s Library) will be participating in the hashtag extraordinary experience of 2015 with the the #1000Speak.

The aim of this challenge is to get over 1000+ Bloggers to write posts about compassion, kindness, support, caring for others, non-judgement, care for the environment etc, and ALL PUBLISH ON THE SAME DAY (Feb 20th) to flood the Blogosphere with GOOD! Use the hashtag #1000Speak to promote this event. 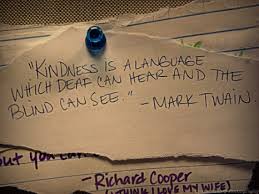