I’m getting to this point where I feel like I am saying to GROWN ADULTS…This is just common sense, right?…A lot…

However, I am constantly stumped by others, especially on social media. As an example, take that Rowling “letter” that…well honestly…I don’t know the point of it. However, I find it ridiculous! It’s not a letter calling for violence on the internet to stop against everyone, it’s all for ONE person. Yet, myself and my friends, both male and females, daily receive threats. Where’s our letter? By the way, by the same people who say you shouldn’t do it towards, Rowling, but you know…Perfectly fine for everyone else. This is literally happening daily to us.

Then there was my post from yesterday/earlier today…I decided to create this picture.

I am also starting to find that both Trump supporters and the Rowling cult, use the exact same arguments for their own cause. Yet, they apparently don’t like each other. They all blame other people for taking away things, that are not even being taken away. I literally had a “conversation” today, where the ‘women’ was saying that British women and Afghan/Pakistan women have the SAME reproductive burdens. Who else would use that “argument”. Oh black people in America are treated the same as white people, there are no privilege’s.

Their arguments being that, two completely cultures, suffer the same things…No, we don’t. As an example, a lot of Western women CHOOSE not to have children, where as Afghanistan and Pakistan women, don’t GET that choice. How someone would think we all have the same kind of “burdens” When we so CLEARLY do not.

And NOW apparently Trump cares about Covid19, because, even though I don’t believe it. Just before the election he get’s it? Common sense would dictate that the YEARS of lying from Trump and the GOP. I don’t blame people for nothing believing that he never had it. I don’t believe he had it.

As the year goes on, I swear something happened last year, that made something or “someone” go…Let’s see how crap and crazy we can make the human race. What frustrates me is that if people actually STOP and thought about what they were saying/writing, for more than a second. They’d be able to see it!

Clearly, there are more personal things in the day to day life, but they are the big topics of the “day”.

You know what I find interesting, that officer there is the proof WHY people are saying #defundthepolice. Yet, for some reason, they are SO dumb, and full of ego, they don’t even get it. What do they honestly *THINK* this proves? Use some #commonsense!

Too me, it never has made any sense, and that’s what makes bigotry so incredibly frustrating. It never makes any logical or common sense, let alone “scientific”.

Take people against BLM, as a starting point. How one of their big points is that black on black crimes outnumbers officer on black person crime. Here’s my issue with that…One…Well…duh, there’s more black on black crime. There are more black people than there are officers. And don’t the officers know it! My other issue is that, officers purposely murdering people should be a big fat…

You know what I’m getting at it?

Police should be held at just as high of a standard as Doctors. They are there to serve and protect, not murder!

Apparently Diane here, is trans…because if you’re not cis…lol…I thought they were all about science.

This is the kind of dumb, I’m talking about. If you’re not cis, than you’re trans. As again, cis and trans are not specific men or women pronouns. Call them, if you will, human pronouns.

I wanted to start by saying that, in my state,we are actually doing really well. We tend only be getting new cases, from people who are still coming in from overseas. So they are usually put into quarantine. At least, they have to stay in their homes for a while.

However, Victoria, they’re doing a little worse for wear. However, my brother thinks he knows why now.

My brother is a fashion/dress maker. He can work from home, which is great, but it does mean a lot of the big business he was going to be working with, are, for the moment, not, clearly not giving business. He does still have people who need the odd, dress, or some other people who can make videos from home, still want him to make stuff. So he’ll be alright, but it does mean, he still needs to head out and get materials.

I was recently watching a Instagram story of his. So, people are doing the right thing, they’re all heading to material stores to buy materials to make masks.

Problem is, no one was adhering to social distancing to BEGIN with. My brother had a woman so close to him, he could feel her on his jacket. He kept trying to cough and splutter, to get her away from him. She didn’t move.

He was saying, what’s the point of making masks, if you’re not going to start off right to begin with? All these people have just exposed themselves and others, the houses they go back to, to the virus.

My brothers message “logging off” was “We are never getting out of lockdown”. I must stress this though, my brother does not blame Dan Andrews, he blames people like Eve Black. Who think their “Right” out rank everybody else’s.

Sometime I am little late to the plate, so to speak.

For the whole of pretty much the whole of Pride month. I had to keep telling people that there is actual Science that says certain people are born with more gay genetics/DNA. It’s just fact…And we all know how much Conservatives love to say “Facts don’t care about your feelings”.

It’s only just occurred to me though. They are just so gosh darn insistent that it’s not something you are born with. Why is that? Why are they not happy, that if it’s something you are born with, you’d think by the time they reached adulthood, they’d know? Then I had just this most random thought. Do you think, they actually believe you can “catch gay”? Which is why they are so insistent you can’t be born gay? If they tell themselves it’s “lifestyle” and not something your born with…They’re safe?

Is that why they are so worried, because they clearly have hidden feelings?

A couple of weeks ago now I wrote a post about Georgia and their new abortion Laws. One comment I made about that post was about, I felt a little like why was I writing the post. Because the people who already get that PP, especially, don’t just do abortions. It is, in fact, one of the smaller services that they perform/provide. Reading some peoples’s “ideas” about PP you’d think PP is having women coming in and out a revolving door, that never ends, and it’s all PP do. It’s just not true. But you can’t tell them this, they don’t want to know.

My mum and I have conversations like that all the time. Where we are talking to each other, but get annoyed at others who just don’t “get it”.

We both love Russell Brand, he’s such an interesting human being and we’ve only just recently discovered that he has a podcast and of course, it’s amazing. I can’t remember who he was talking too, but he was talking to a teacher of psychology. The teacher was saying that in the last 5 years he has noticed a huge increase in psychology students getting notes from their local Doctors, about how they don’t have to do any public speaking. He said that about 5 years ago, there might be one or two…if that…Now it’s nearly half the class.

They were talking about as the generations come along, they are becoming weaker, and on some level I do agree. I also do blame social media for it as well though. I even blame people like myself. My brother apparently know gets anxiety issues sometimes, and I wonder if it’s because of me. Then I tell myself, it probably is and it makes me so angry because everyone keeps telling me to step up for him. No, I had figure it out for myself what triggers me, what my problems really are. If he really has it, then literally no one else can figure it out, but himself. I should not step up. Doesn’t mean I have to be nasty, but you can’t really step up for others. You can support, but you can’t force your life onto someone else’s.

The reason it make me angry is 1) He’ a hypochondriac (like our Dad). You say the word flu or cold, I guarantee he’ll have it the next day. The weird thing is if he actually has something wrong, he wont take the whole medication. It’s just weird. He keeps saying he can’t fly to our state, but he can to Sydney? It’s just weird. 2) He keeps turning down any solution and keeps saying things like “I can get over this myself”. When you have anxiety, you don’t want it. You don’t do nothing about it? 3) When I had my really bad day a couple of weeks ago now. AFTER I publicly said said I wasn’t coping. He publicly humiliated me about three times in that same week. Things that wouldn’t normally bother me, but not a good time at that time. The last time my Mum said did I watch the rest of the Instagram stories, I lost it,lol.

The reason I bring up my brother though as well. Everyone expects me to take care of him, why? To get to the place I have gotten to, is because I fought and am still fighting my anxiety. I don’t expect others to do it for me. I listen (or read) other people’s solutions and I see if they’ll work for me. When I face an anxiety issue and I get through it, I don’t turn around and go “Oh well, never doing that again” I keep doing it, to make sure I become comfortable with it.

Support is fantastic and never underestimate it. Don’t just throw the support to the side.

But like my brother, how is the Doctor giving those student notes, instead of making them face their issues…Going to help? I can’t get over that they are psychologist students, lol…You know, you know?

Writing all of that, got a lot of frustrations off my chest then…But I bet you all knew that already! 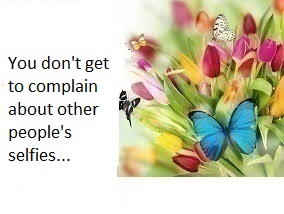 I warn you…I got SO angry reading this article…Not only did Germaine Greer admit to hearing her friend getting raped and when her friend asked her about it, she said “Might have been”

Germaine Greer “heard friend being raped and ‘did nothing’.

She then goes on to insult ALL the Harvey Weinstein victims and the ones now coming out.

…And YES…If you are married, you can still be raped and can still be a rapist…That ring isn’t some kind of “get out of jail/rape free card”.

…The stupid of it all!