I think I have talked about this show before? Anywho, we have a show on our channel called SBS called “You Cant Ask That” and they have some seriously interesting topics. They have talked too:

But what caught my attention was the show about cheaters, because I knew one of the people. Although I have never cheated and personally I’d rather break up with someone than cheat. After listening to her, I totally got it. The funny thing was, I was “closer” to her now ex, than I was too her. But, I never liked her ex either, lol.

One question that was asked was had the cheaters been forgiven by their former partners? They all had, except for her. Which totally did not shock me. Like I said I never liked him. I became “friends” with him because of who I was dating. After that guy and I broke up, I never dated another guy from that group ever again, for those reasons. They’re fine as a friend and drinking buddies, but as romantic interests. They have a MASSIVE ego, with no good reason as to why.

I had crushes on a couple of others, but it never worked out. Which NOW, I am so glad of. Just to give you a bit of an idea of what they’ve done over the years.

*One married guy, was clearly have a full on physical affair. Or at least an emotional affair. With, quiet honestly a loser. I got the appeal, but I didn’t get the appeal either. His now ex-wife is utterly gorgeous, smart and really brave.

*This same girl, started to date one of his best friends. They broke up. She started dating another friend of her ex’s, still in the same group as the married guy. When she broke up with that guy, she became friends with her then ex. But not the two guys, who were actual friends first. I don’t know what happened with the married guy in that time.

*Her brother is also an arrogant wanker. Not only did he say that we would eventually sleep together. Which, I don’t do that. That’s more likely to make me want to sleep with you LESS. He also said of his sister and his married friend. That although he loves this guy like a brother, he only likes girls who can’t think for themselves. I’m sitting there shocked, because like, well, the married guy like this guys sister.

*She’s now married to a completely different guy, and none of them are friends anymore. These guys were all in their 30’s when their friendships ended, and had known each other since high school.

*Another guy would get himself involved with every other person’s breakups. But, one time, he went too far. Severing a friendship for a girl he didn’t even really know. He is also married. Apparently his actual friend had said it’s the girl he didn’t even know, or their friendship. He choose the girl. But THEN said for everyone else to vote on whether or not that was fair.

*But of course, the girl clearly has a crush on this guy. The married one. I swear, I get the feeling she’s staying single, for him. But all the guys love her.

These are two different married “men”, by the way.

*When my partner and I broke up, all his friends thought it’d be a good idea to rip on his new girlfriend. I like her. Clearly her taste in “men” is something that needs to be questioned, but I actually like her. She is really interesting. What they were calling ‘boring’ I call really interesting. If it wasn’t for my ex, her and I could totally be friends.

But, that also made me realise why that group is the way it is. As well as, those guys just can NOT be friends with girls. They just can’t.

Every single one of these wife’s, and now ex-wives, have deserved, and do deserve better than the way that they are treated.

It was so sad listening to her, because what she was saying. I totally believed every word she was saying. They are just a bunch of ego wankers. I always thought that their relationship was odd. They just never seemed to do anything together. He calls looking after his kids “baby-sitting”, which I cannot stand. She said a couple of things that made me laugh, because it totally sounded like this group, lol.

Unhappy being single? Well apparently there are approximately 37 million married people who may even be more unhappy than you!

“Ashley Madison Extortion Attack” Anyone who has to pay to cheat, isn’t exactly the brightest bulb in the world are they?

The only issue I have with this particular site binge hacked and held at ransom is this well used quote below:

I call myself “Eternally Single”. I call myself this because being 30 years old I have spent most of that single. Once I’m in a relationship I am committed but when I’m single, I am single. I have done the casual sex thing and I have learnt both good and bad from that. At this moment I have no interest in that, so I will not participate in it.

However this year I have been shocked by the amount of women in my life who have been in really bad relationships. Not just bad relationships, but they were bad right from the start.  I have been shocked because these are women I admire and completely respect. They are intelligent, smart and motivated women. Who have travelled the world, found jobs they love, (some) have had children. I wont lie when I say that this women have made me feel “dumb” not through any put downs or the like from themselves. I would be struggling (thanks to my dyslexia) and getting an average of a C and they would be getting double A’s.

These women have been shocking me all year…These intelligent, beautiful, loving hearted and strong women are letting themselves be treated horribly…by a guy…and not really extraordinary guys either. Even if they were extraordinary guys it wouldn’t be acceptable.

I have one girlfriend who is actually considering going against everything that she hates and despises just so her boyfriend can sleep around more aka open relationship. Apparently because she’s been cheated on once or twice that should prove she should just be ‘used’ to be cheated on? WTactualF! She’s already said “No” several times, but he wont let it go. Another woman my grandmothers age and I woman I highly admired, sent a group email to upset a male friend of hers, so he would get in contact with her…My Grandmothers age! Then this very close family member of mine has recently told us what happened to her and how badly her now ex-husband treated her…I have no idea how they got married!

I’m sitting here feeling like a failure because I don’t have a man and I’m 30 years old…But I tell you what I’d rather be single than living with this every day of my life! These women I love and admire might as well be single!

Uploaded by PrettyExclusiveTV’s channel on 8 Jul 2012

Here is a clip from their movie “One Hour of Girl Power” where they give their own definition of what Girl Power really means.

Having a conversation with a good girlfriend tonight and we are shocked…repeat SHOCKED…by the amount of guys that are in relationships and/or married that hit on us. Both my girlfriend and I are single and these “respectable taken” men are not helping the cause. There are a few things that make me really mad about it:

All these guys are doing is harming myself and my girlfriends and relationships in general. We are single for a reason and these guys are a huge part of that. I can think of maybe one or two couples who don’t seem to do this.

We obsess over characters like Thorin and Thor and Mr Darcy because the truth is, to find a decent guy (I still believe that they are out there still) is getting harder and harder to find. These guys damage the rest of you guys and put single girls like me off. 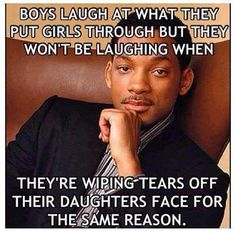