Happy Birthday to the Queen (and probable ultimate God) of Crime! Agatha Christie 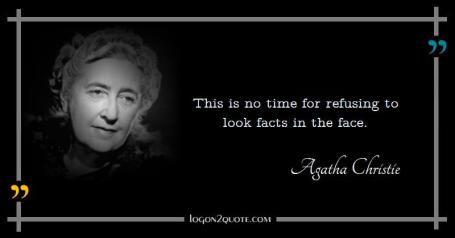 It was really interesting to start off reading this book. I’m not sure that if you remember now but I started these having seen the television series and had not read a single book! I am so grateful for this challenge! One of the first impressions that I got from this book how interesting it is that it’s from the point of Hastings, Poirot’s friend. Which if you’ve seen the tv series you’ll know that the series is not usually told from a third person point of view. It made it interesting to start off with Hastings. It had never even occurred to me that this would be how the book would be written, rather than how the television episode is shown.

Overall I really enjoyed this book. I realised that I hadn’t seen the tv episode of this book either. I’m not even certain that there is an television episode. Still writing by Agatha Christie which is funny and witty. (*On a side note lots of Trump supporters thinking “witty” mean to put down someone’s looks* They should read this book sometime then they’ll understand witty.)

It was also the first book that I read that had both Poirot and Hastings. It was a really interesting perspective. You can read the fondness that Poirot and Hasting have for one another, even with their (actual) witty insults. It’s interesting because as I have mentioned (numerous times) I have never read a book of Agatha Christie’s, I’ve only ever seen the televisions series and movies.  It was a little disconcerting because Poirot seemed to be mean to Hastings but after a little while of reading, you understood better.

I honestly didn’t really find too much wrong with the book. I mean Agatha Christie is a legendary author for a reason. It’s like trying to find something wrong with Beatrix Potter, it’s just not going to happen. The only thing that I did not enjoy and this is probably just the cynical/modern side too me. They are all just too jolly happy when it comes to murder! They find it exciting. It’s just a little odd too me.

I absolutely enjoyed this challenge. Coming from someone who had never actually read an Agatha Christie novel but had seen the whole television series and the movies. I started it with a little trepidation that I would not enjoy the books. I am very happy to very wrong on these circumstance. I already have put holds on other Agatha Christie novels through my Library.

Thank you to “This is my truth now” For setting up this challenge! 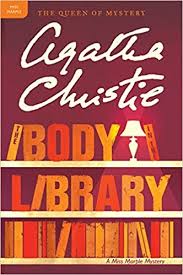 Once again this is one of the books that I haven’t read but have seen numerous times on the television. It’s actually one of my favourites in the series. I started to read this with great anticipation. I really enjoyed the first couple of chapters. This is a book with Miss Marple in it, but she wasn’t in that much in the beginning. Yet, I’ve been enjoying it nevertheless.

I really enjoyed this book, it’s interesting, especially at the beginning it doesn’t have Miss Marple in it that much. The reason why I found this so interesting was because in the show, she’s pretty much there straight away. There were a few differences, which I was actually glad of. It meant that when I read the ending it was a lot different than the television episode, which gives it a nice surprise. Of course the writing is beautiful. I would call the book gay in it’s original word sense. Even though it was about a body and a murder, it was quiet jolly.

The only truly bad thing that I could say about the book was that a couple of the characters in the book itself. Although it was a happy read, some of the characters, for my liking were just a bit too happy. It could possibly be about my own cynical side coming through. I have a hard time believing that even if you know your husband is not guilty and you don’t know the victim. They were still found dead in your house and your husband in being accused of their murder, no one could possibly be THAT excited about it.

As I start to read this book, I can’t help but admit a tinge of sadness when I realise that this book has neither Poirot or Miss Marple in it. However, I do feel as though I do actually know the characters Tommy and Tuppence. I have also realised that there is actually a tv series called “Partners in Crime” which are based on Tommy and Tuppence. I am sad though that this is not a Poirot or Miss Marple book though.

The book itself is beautifully written, it’s so full of what you expect of Agatha Christie, a completely peppy character and a sullen figure. As well as “totally did not see that coming”.

I think my negative impressions of this book are all on myself entirely. When I realised that neither Miss Marple of Poirot were in this book, it honestly did put me off a little. It made it more difficult for myself to read, because I wasn’t really interested in these two characters. There was  nothing wrong with the characters, just that for myself. I was just not interested in it.

“The Body in the Library” 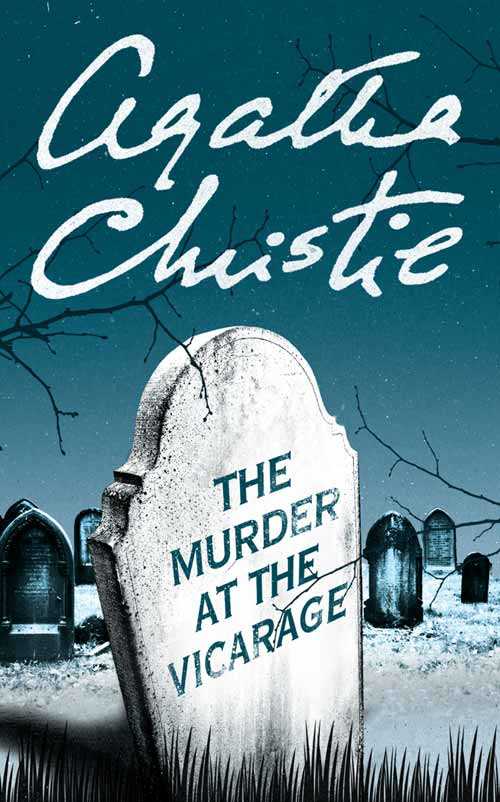 It felt like I could honestly hear Geraldine’s McEwan’s “Miss Marple” as the Miss Marple in this book. It was uncanny! It was a very weird feeling, but it also made me feel happy to keep reading it as she was my favourite Miss Marple. Did anyone else feel like that as well?

I really enjoyed this classic novel! You can tell why Agatha Christie is one of the greats! I have seen this novel on tv and I still couldn’t remember how the two who “did the murder” how they did it. I did not skip to the end. It is a pretty short novel compared to some around her time and those of time, but it just means it makes good for some who finds reading boring. A little bit more pleasurable. (I don’t, but I would highly recommend this for someone who finds it difficult to read long books).

Too be completely honest with you all…I didn’t really have anything bad to say about this book. There was one point where I think they got the names wrong, but it was only once, if it happened. The writing was beautifully written and as I mentioned before, I have seen the tv series. However, I could not remember why and how they did it.

I did not read the ending of the book first.

I know that this was done in April, but I literally discovered it on my birthday (April 29th) and I wanted to do it when I wasn’t already reading two other books.

Winning Books & Date to Read By

Obviously I wont stick to the dates BUT I will read and review one, once a week…I love it because apart from “The Body in the Library”, I actually don’t know much about the others…I may know a little about the “Murder at the Vicarage”. Off the top of my head though, I don’t remember much about it.

I am doing this from next week. I am also going to have to switch the book around a little because I haven’t been able to get all the books in at the same time.

The first one that I am going to be reading is “Murder at the Vicarage” This is because this is the first one that’s come in too be completely honest. I’m looking forward to it, too be honest, I have only watched the tv series and movies. As well as Biographies about Agatha Christie, so I am really looking forward to it! From next week I will start reading these books:

June 12th – Murder at the Vicarage.

Rewriting a book of your choice

Oh I LOVE this question so much! In High School one of our Year 12 (last year of high school) was to rewrite the ending of a book and I choose Agatha Christies “Murder on the Orient” and it was really difficult but so much fun.

Personally though, I would really love to get to choose the cast the movie for a book of my choice. This is mainly because in my head I have done that so many times with a lot of the books that I’ve read. Especially after the ‘disaster’ that was the movie adaptation of Jodi Picoults “My Sisters Keeper” (although a lot of that was because they rewrote so much).