How comfortable are you speaking in front of large groups of people?

Considering that I’m an introvert,you’d think that I would be terrified! However, if I know why I’m talking to a group, then I am normally fine. It’s the chat chit afterwards I normally struggle with afterwards.

What would be the best thing you could reasonably expect to find in a cave?

Something really usual and unique. Or food, if I’m lost,lol.

What did you think was going to be amazing but turned out to be horrible?

The first time I worked in a Library, they knew I didn’t have a licence. But I still got all the really bad shifts, every single Sunday. When buses took forever to come by. I’d have to leave at 11am, to make sure I’d get there by 1. Ones that went for only three hours, finishing really late at night, in the middle of winter. Then, I worked one weekend about 4 months later with another casual who started with me. She had not worked any weekends, or any of the late shifts. So I started saying no, because I had assumed all the others were saying no, they weren’t even being asked. Then I got a sick, and even though I kept them up to date with my progress, I lost my contract…But no one actually told me that. So when my Doctor said that I was ready to go back to work, I told them…For the next month and a half, nothing. I heard nothing. One of the reasons, I didn’t panic was because it was Christmas time, so I thought that one)all the shifts will be full. Two)It’s Christmas, whose going to give up money unless it’s really important. Third) Surely if I had lost my contract someone would tell me. When FINALLY someone got back to me…They blamed me -.- They had tried my phone apparently, but I must have been really busy. Considering that 95% of our conversations took place over email. I call bull. I didn’t even thank anyone for giving me the experience.

So yeah, that was my first library job. Not the greatest of starts.

Actually I have never been treated well with Libraries, only as a customer. Even when I volunteered, I left there pretty angry as well.

What’s the silliest thing you’ve observed someone get upset about?

I don’t get the whole flying the Confederate flags as patriotic. Then getting upset when people want to get rid of the Confederate flags. They are literal losers, they lost the fight to have slaves. So why the upset about getting rid of statues and flags of literal horrible people.

Please feel free to share something that gave you an uplifted spirit during this past week.  (Optional) 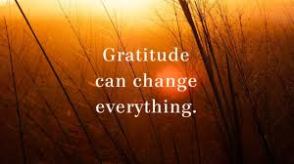